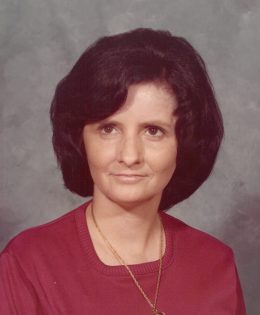 Mrs. Collins passed away Tuesday, February 14, 2017, at her home. She was born on July 21, 1936 in Emblem community, the daughter of Arvil and Louise (Story) Smith.  She married Jack Fairchild and then Dub Collins, both preceded her in death. Wanda was a member of the Calvary Baptist Church, an avid songwriter and retired from the First Baptist Church “Childcare” in Sulphur Springs.

She was preceded in death by her parents; both spouses and daughter, Valerie Grogan.