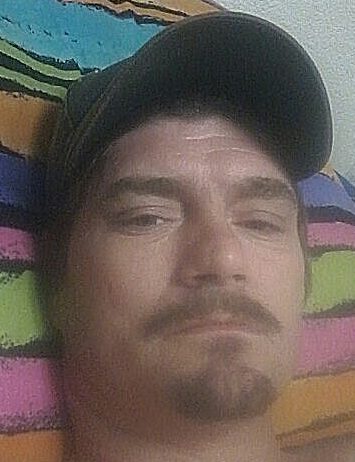 John Maxwell is in Hopkins County Jail. Maxwell who evaded arrest on Tuesday was picked up by a citizen and taken to the Birthright area, according to Tanner Crump with the Hopkins County Sheriff’s Office. Crump said as Maxwell was taken to Birthright, law enforcement was called and they made a stop on the vehicle. Maxwell again attempted to flee on foot but was caught by the officers and taken into custody Wednesday morning.

During a traffic stop at 7:55 a.m. Tuesday morning on FM 71 just west of the Sulphur Bluff store, John Maxwell, 36, of Paris, fled the Hopkins County Deputy. Maxwell fled south from the location on foot. A pursuit followed and the deputy called for support. The Sulphur Bluff ISD was placed on a Soft Non-Emergency Lock Down as Hopkins County Sheriff Deputies, Investigators, County and State Bloodhounds, and DPS Helicopter were involved in the pursuit of Maxwell. A warrant for Maxwell had been issued in Austin, TX based on charges of Burglary of a Habitation and Possession of 10 to 50 forms of Identifying Information in Lamar and Red River Counties.

Maxwell has a history of criminal activity dating back to August, 2006. He has been arrested multiple times for criminal trespass, resisting arrest, possession of marijuana, assaulting a public servant, assault causing bodily injury, fraudulent use of identifying and information.

Traveling with Maxwell, when first arrested, was a female and juvenile. The female and juvenile were taken to CHRISTUS Mother Francis and then transported to Hopkins County Jail. The female is Tara Slough, 41, who has been married to Maxwell, according to a Slough’s niece. Slough and Maxwell were separated so that she could regain custody of the juvenile according to the niece. Slough moved from Paris to Mt Vernon to get away from Maxwell, stated the niece. Slough has fled police before when with Maxwell. She is in Hopkins County Jail charged with Hindering Apprehension of a Felon