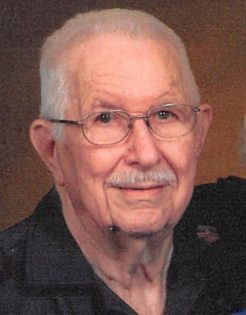 Mr. Hiller was born on February 9, 1928 in Dallas, TX, the son of Christopher Ernest Hiller and Olga Augusta Heneretta Bosse Hiller.  He married Maxine Caroline Upton on February 17, 1947 in Dallas.  She preceded him in death on November 13, 2015.  Mr. Hiller was a fireman for the Dallas Fire Department for 18 years.  He served in the United States Navy during WWII and was a member of the Wesley United Methodist Church.

In addition to his wife he is preceded in death by his parents, grandson, James Hiller, Jr. and great-grandson Thomas Isaac Gamez,