Vaughn, Cody File for Re-election to SSISD Board

Home » Featured » Vaughn, Cody File for Re-election to SSISD Board 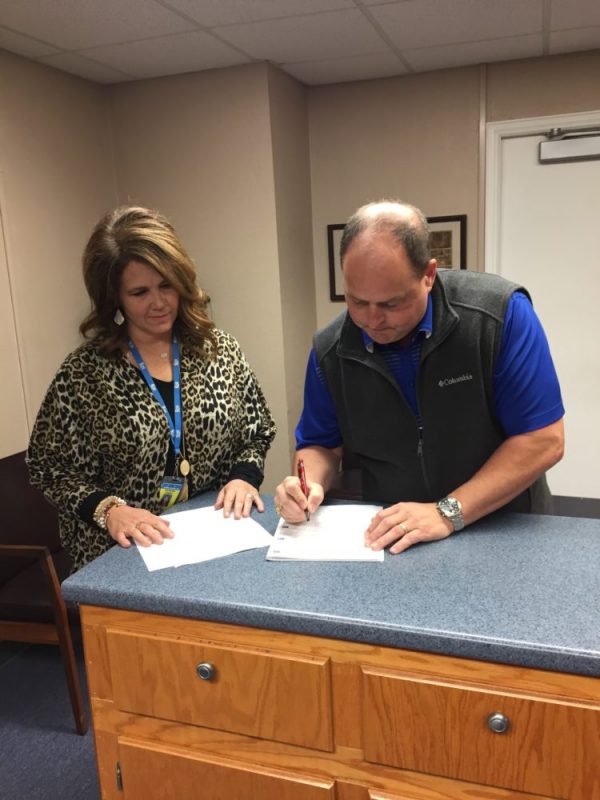 Incumbent Robert Cody files to return to the SSISD Board of Trustees. School Tax Assessor-Collector Sandra Gibby prepares to receive the paperwork.

On the first day of filing for the Sulphur Springs School Board election set for May 6th, both incumbents arrived early to fill out applications to return to office.

Robert Cody and Robbin Vaughn will seek re-election to the board. Both are completing their first terms on the board.

Filing dates for the May 6th board election are January 18 through February 17. One may file for a place on the board at the district administration building.