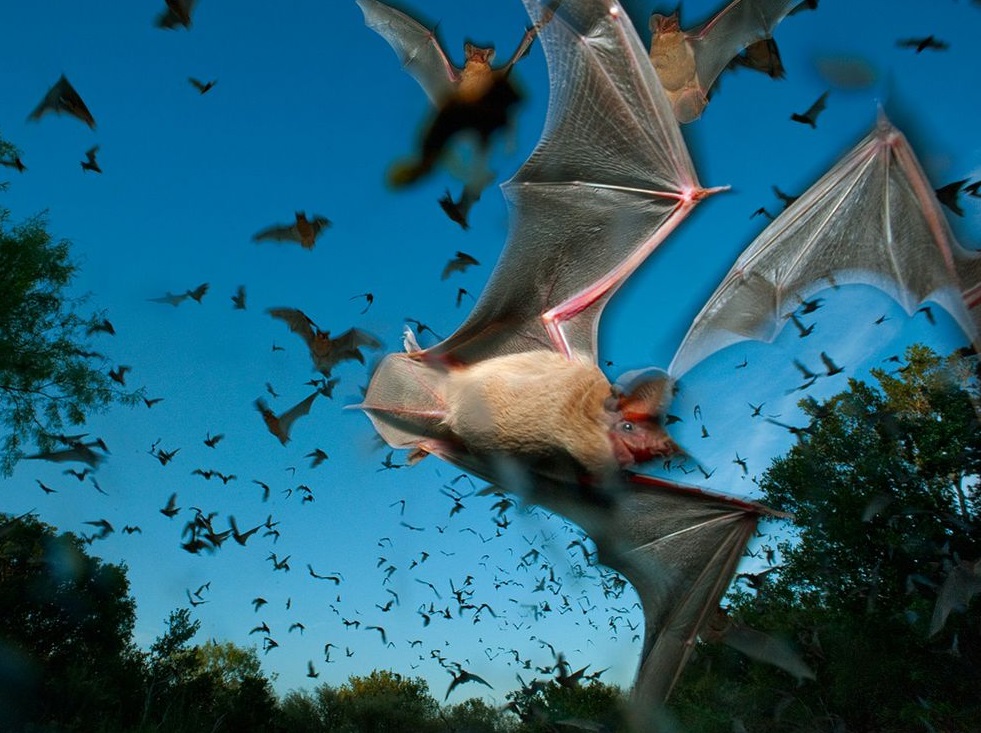 The institute’s Bat and Hibernacula Surveys team is conducting surveys statewide to determine the location of wintering bats and their roosts.

“We are trying to get baseline numbers in anticipation of white-nose syndrome, a deadly, cold-adapted fungal disease that could affect hibernating bats throughout the state,” said Melissa Meierhofer, College Station, a research associate at the institute.

Meierhofer said the disease has already caused catastrophic bat losses in the eastern U.S. and is projected to come to Texas within the next few years.

She said maintaining healthy bat populations is critical, particularly for the agriculture industry, because certain bat species eat insects that can harm crops.

“The destruction of crops without these bats could be pretty big. Bats are worth more than $1 billion to the corn crop industry, for example,” she said. “Without sufficient bat populations, there would be an increase in insects and with that could also come an increase in diseases.”

Dr. Brian Pierce, associate director of the institute, College Station, said research has demonstrated bats have a significant impact on the Texas economy due to their control of agricultural insect pests.

“Research has also shown the loss of bat populations in North America could have an estimated impact of $3.7 billion per year,” he said.

Pierce also noted the contribution of bats to the control of insect vectors for disease, particularly mosquitoes, has been estimated by Bat Conservation International to be approximately 10 grams per bat per night.

“That means the estimated 20 million Mexican free-tailed bats just living within Bracken Cave north of San Antonio can consume 220 tons of insects each evening,” he said.

Krysta Demere, another institute research associate working on the survey, said accurate data on the species and populations of bats throughout the state will be helpful in the event white-nose syndrome crosses into Texas.

“There have been reports of positives for the disease in Arkansas and as close as 200 miles from the Texas border,” Demere said. “And while instances may not have resulted in the death of the infected bat, it still shows the disease is close and we need to be vigilant.”

She said the disease was first reported in New York about 12 years ago and has been spreading to bat populations in the U.S. over a distance of about 100 miles each year since.

Meierhofer said data from the survey could help characterize suitable habitats where the fungus could appear so the state will be better prepared to manage the disease.

While the survey team is constantly traveling to different parts of the state, it cannot cover all locations, so they need the assistance of landowners throughout Texas to help them identify overwintering and roosting locations, said Dr. Roel Lopez, institute director, San Antonio.

“By filling out the survey form and providing as much information as possible to the team, landowners can help protect an animal that not only provides a benefit to our ecosystem but also is a draw for nature tourism in the state,” Lopez said.

Lopez noted the popularity of bat-watching sites, especially in Central Texas, but also in the eastern and northern part of the state.

He said by providing information for any bat seen from January through March, individuals can help the team document which bat species are overwintering in the state and where they can be found.

“We’re asking that those using the form provide as much information as they can,” he said. “If possible, we would appreciate individuals providing photographs of both the bat and the location to help the team with species identification.”

Completed forms should be sent to Meierhofer by email at [email protected] or by mail to Texas A&M Institute of Renewable Natural Resources, 1500 Research Parkway, Suite A110, College Station, Texas, 77843-2260.

Team members said they are asking any landowners who have caves on their property to contact the team directly and let them know if they would be willing to allow the team to survey the caves.

With assistance from the Texas Parks and Wildlife Department, Texas Cave Management Association, Texas Department of Transportation and private landowners, the team has already surveyed 49 wintering sites and visited a total of 165 sites. These include caves, bridges, culverts, abandoned buildings and tunnels.

Additionally, Meierhofer said the team has swabbed and visually assessed more than 100 bats for signs of the syndrome. So far, all have tested negative for fungal spores and appear to be healthy.

For more information, go to https://www.facebook.com/texaswinterbats/.