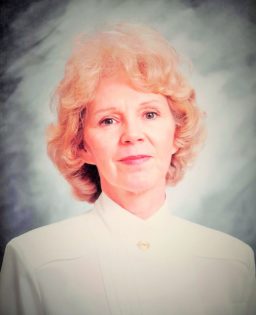 Mrs. Clark was born on September 10, 1936 in Oakhurst, TX, the daughter of Dovie Johnson and Nellie Reno Johnson.  She married Dr. Roger Delano Clark on April 9, 1955 in Houston, TX.  He survives.  Mrs. Clark was a member of Lake Point Baptist Church.  Mrs. Clark taught school for many years and began her career teaching English Literature at First Baptist Academy in Dallas then at Skyline High School where she retired in 1994.  She was a graduate of University Texas San Antonio.  She was a member of the ASPCA.

In addition to her husband, she is survived by two sons, R. Bradley Clark and Scott E. Clark both of Miller Grove, two brothers, Darriel Johnson and wife Donna of West Columbia, TX, Harold Johnson and wife Linda of Kerrville, TX.

She was preceded in death by her parents, sister, Florene Andrews.