Donations pour in for North Texan who couldn’t afford heat

Mary Garcia, an Arlington woman who was struggling to keep her lights on after the demise of Lite-Up Texas, said she is overwhelmed by the help she has received from those who read her story. 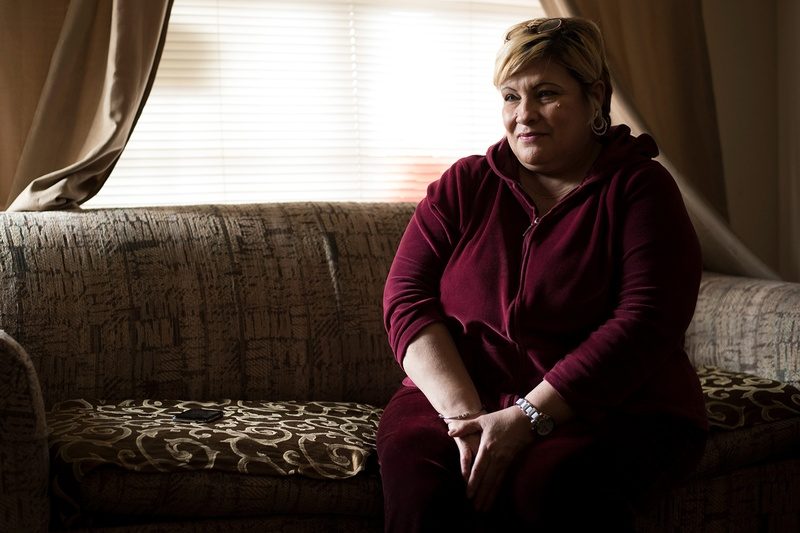 Mary Garcia at her home in Arlington, Texas, on Dec. 22, 2016. Cooper Neill for The Texas Tribune

If another cold snap hits North Texas this winter, Mary Garcia will no longer hesitate to turn on the heat in her Arlington apartment. Several strangers who read the news have ensured she’ll stay cozy for at least the next few months.

The Texas Tribune earlier this month profiled Garcia, 59, as one of many low-income folks grappling with the demise of Lite-Up Texas, a state-run program that offered discounts on electricity. Unable to work after suffering a 2015 brain aneurysm, she has made tough choices — like keeping off the heat and lights — since Lite-Up Texas ran out of money last year.

Now, Garcia is getting help from a different source. In the days since the Tribune and several of its media partners published her story, readers have donated hundreds of dollars to her electricity account with Penstar Power.

“Blessings have been coming through,” Garcia said. “I am overwhelmed at the heartwarming response I have received from people everywhere.”

Sharon Litke, Penstar’s vice president of operations, said seven people had added money to Garcia’s account, with individual payments ranging from $30 to $300. As of Monday, the account held more than $1,050 in credits — enough to power her apartment for months.

Litke said she has never seen such a rush to help one of her clients.

“We were a little taken aback when we got the first call,” she said. “It’s a pretty amazing story, and it’s just nice to see how many great people there are.”

Sherry Mincey of Dallas was among those who sought to help. She chipped in $100 “because I know how expensive utilities are,” she said in an email. “I know when we all band together we can make a difference in someone else’s life.”

Litke said if Garcia’s balance dwindles in the future, the company will connect her with nonprofits that offer utility assistance in Tarrant County.

At least two news readers have expressed interest in helping another woman mentioned in the Tribune’s Lite-Up Texas coverage: Frances Medrano, 55, who is struggling to pay her electricity bill in Weslaco after losing help from Lite-Up Texas.

Medrano said she is not aware of any such donations so far. Verde Energy, her electric provider, did not return messages on Monday.

About 700,000 households relied on Lite-Up Texas in 2015, and it covered 25 percent to 31 percent of their electricity bills, according to the Public Utility Commission. Lawmakers created the program, funded by electric ratepayers across Texas, in 1999 to help low-income folks on the state’s then-newly deregulated electricity market. Texans eligible for food stamps or Medicaid qualified for the discounts.

But in 2013, the Legislature ended the 65-cents-per-megawatt-hour surcharge that fueled the program, and the program ran out of money at the end of August.

Some counties, larger competitive utilities and nonprofits still offer utility assistance, though advocates say those resources are limited and sometimes harder for people to immediately find.

The Texas Health and Human Services Commission runs a hotline and web portal for those trying to connect with such groups. Called 2-1-1 Texas, it lists information about a wide range of resources available to low-income residents.