A praise dance presented by Zhakari Jackson and Spirit-filled music presented by the choir filled the emotional and spiritual cup of those attending the 26th Annual Rev. Dr. Martin Luther King, Jr. Awards Ceremony at Morning Chapel Missionary Baptist Church Monday night. The event saw over 100 individuals honored for their contributions and commitment to the life of Hopkins County. 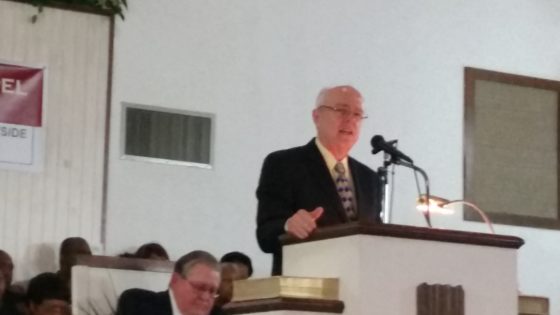 Ray Keck III, President and CEO of Texas A & M University Commerce served as Master of Ceremony for the celebration of King’s life, achievements, and inspiration and motivation given to the lives of others. 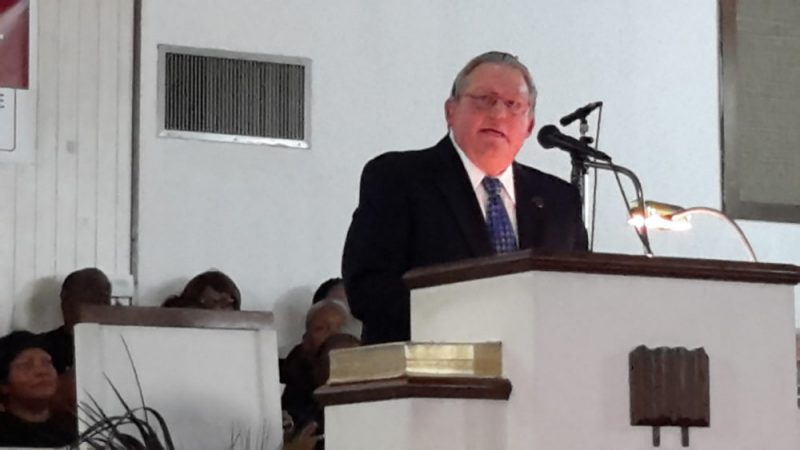 Guest speaker for the evening, Dr. Kenneth “Rock” Clinton, retired Professor of Sociology and Criminal Justice at Texas A & M Commerce encourage communication as he spoke of the civil rights journey of Dr. King and the lessons that can be learned from that journey. He remembered with emotion the woman that cared for him and his brother and the day in her house she introduced him to Dr. King using a picture of King that was kept at her bedside. In the study of the notes of Dr. King, Clinton stated that the work King did was not done in the time of the first choice or the second choice but was performed in the time of the only choice. He stated that King learned from the mistakes of his early attempts in promoting civil rights. He noted that the non-violent demonstration in Birmingham, Alabama in 1963 was the turning point for the civil rights movement. He stated that the march on Washington D. C., which involved a number of civil rights groups attracted politicians to the movement and the struggle. Dr. King’s time in Chicago also awakened King to the fact that segregation was not only a problem in the south but in every corner of the nation. In his focus on poverty, Dr. King also spoke out against the war in Vietnam. In a moment of humor, Dr. Clinton pointed to the fact that many of Dr. King’s friends thought he wasn’t called to preach but was only looking for something that would keep him away from the cotton patch. 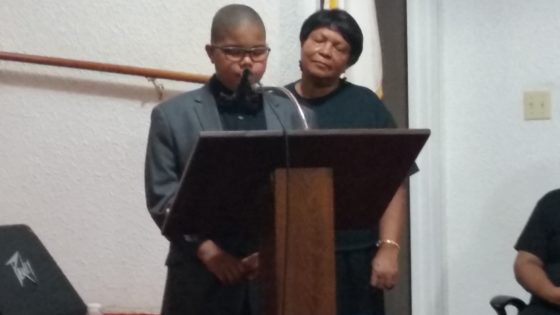 Businessmen and those in government spoke as well. Local banks were represented by their leadership—Tom Sellers, Mick Trusty, and Brandon Williams. County Judge Robert Newsom, Justice of the Peace Brad Cummings, and Commissioner Wade Bartley participated in the evening with prayer, scripture, and greetings. 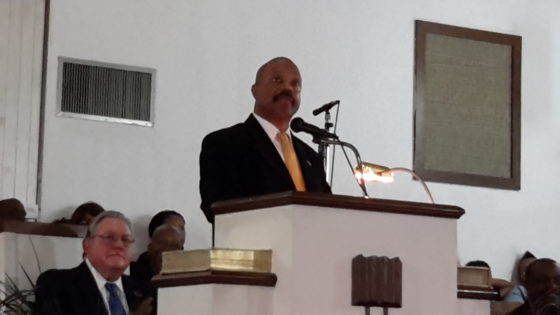 Dr. LaVelle Hendricks, Pastor of East Caney Baptist Church and organizer of the first MLK Awards event, spoke of that event before presenting the various awards. Dr. Hendricks stated before a full worship center that in the first awards event there were only nine present. He reviewed the growth of the event and the purpose of the event in its encouragement of seeking social justice and Christ-like righteousness in life.

Those receiving awards include:

MLK STUDENTS OF THE YEAR   (SSISD)

MLK TEACHERS OF THE YEAR