A Mighty Oak From an Acorn Grows

Home » Headlines » A Mighty Oak From an Acorn Grows A tree removal crew out of Lone Oak, TX takes on a partially dead oak in Sulphur Springs Monday morning.  Recent rain did not prevent the project taking place.  A Foreman on site told KSST that the Homeowner paid for the removal.  Several stumps left by other services line the block. The power lines in the pictures are live.  The entire truck is insulated against shock. The crew stayed away from the high voltage lines atop the nearby line poles.

In the bucket is one of the owners of the company. His technique involves hugging the log as he cuts it, and then suggesting how it falls to the ground below.

W A Street at Ardis Street will be blocked most of the day.  It takes almost as much time to clean up as it down to remove a tree of this size.

The tree was to be used for firewood, but since half of the tree was dead and rotting, only the live portion will be used. 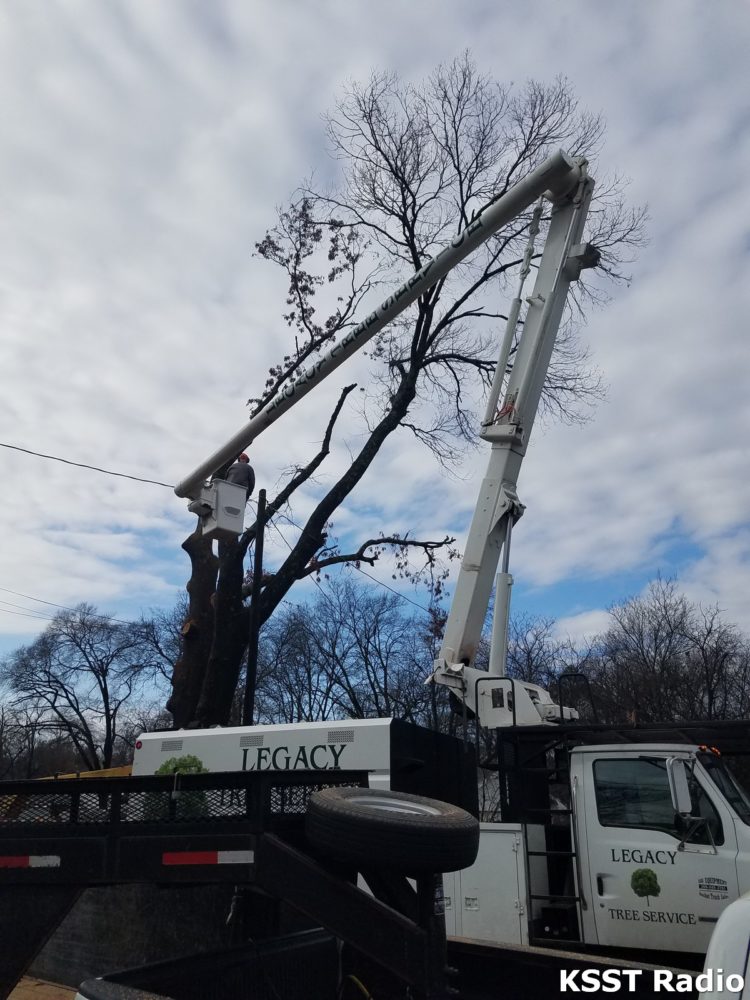 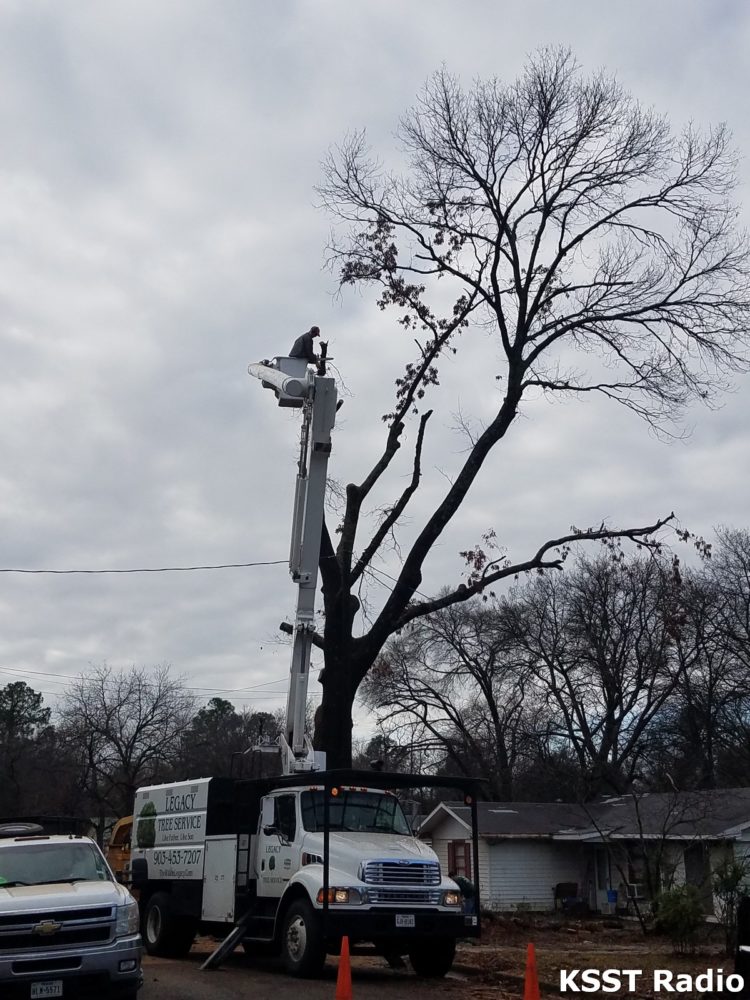 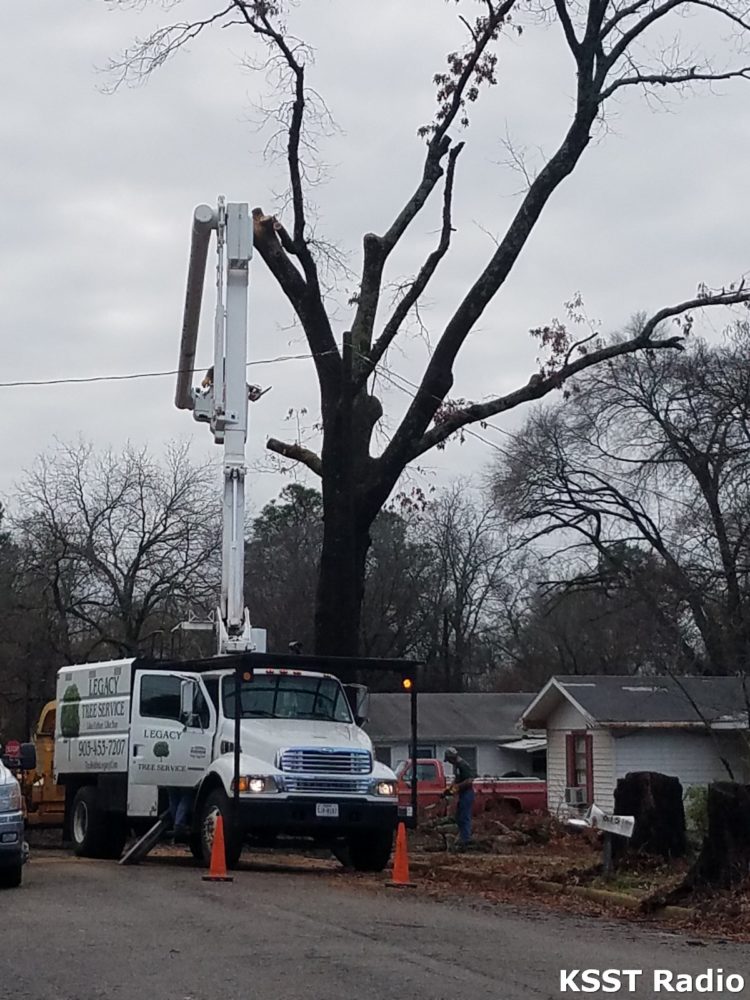 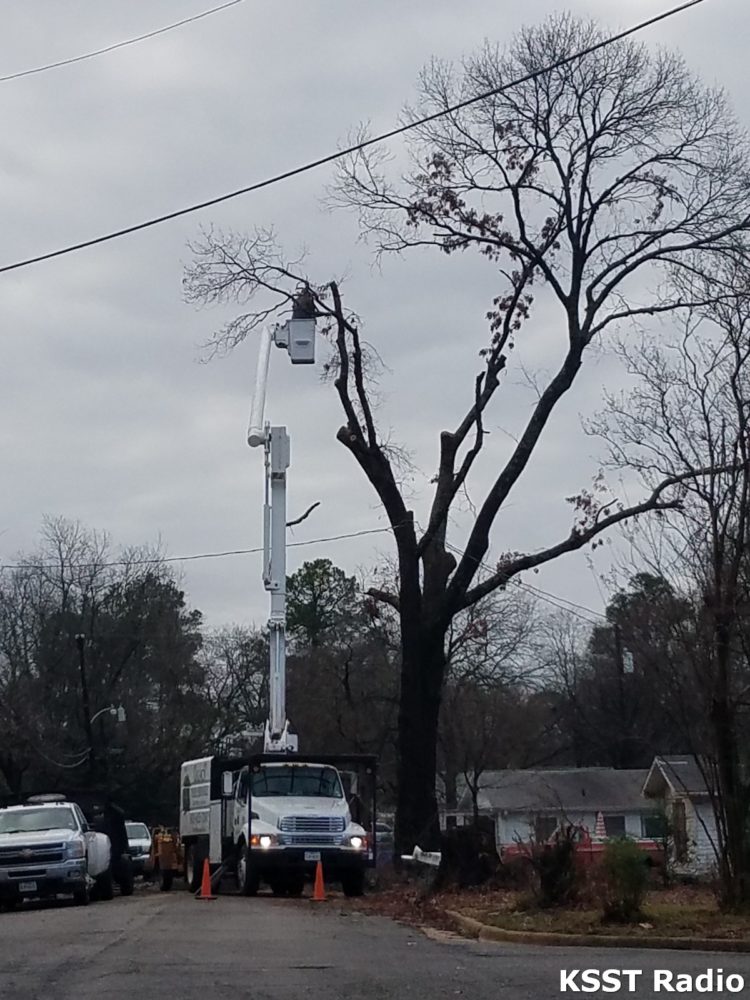 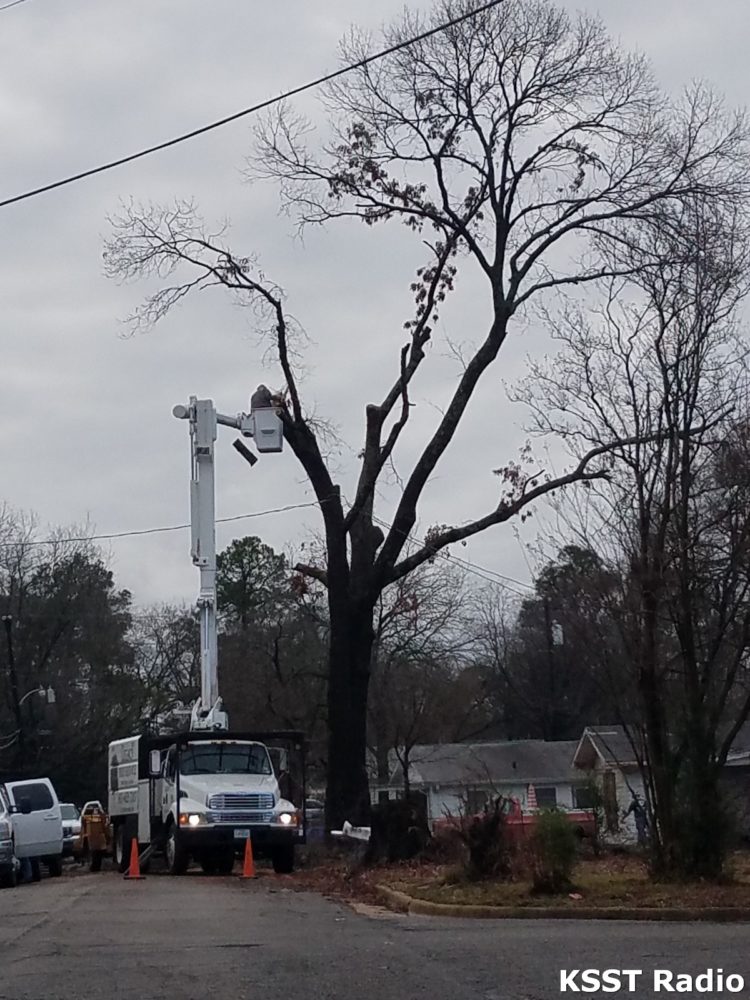