Wildcats Lose to 6A Powerhouse in Tourney; Return to District Play Tuesday

The Wildcats’ basketball team hung around a long time with a very talented Houston Sam Houston team before losing, 66-50 in a quarterfinal game at the Leroy Romines Memorial Basketball Tournament in Longview Thursday night. The Wildcats are done after winning two and losing two in the tournament featuring good competition. Their other loss was to Pro Vision of Houston, a powerful charter academy.

The Wildcats actually led the Class 6A Sam Houston Tigers, 17-12 after the first quarter. The Tigers rallied to lead 32-23 at halftime. The Wildcats only trailed 46-43 after three quarters.

Victor Iwuakor led the Wildcats with 17 points. Michael Jefferson scored 10 points and Keaston Willis added 9. The Wildcats hit 7 three-pointers in the game. Sam Houston was led by Kendric Davis with 31 points and Jacob Wiley, a 6-7 post, with 14 points.

The Wildcats season record slips to 16-4. Next the Wildcats, 1-0 in district play, return to district action as they play Marshall Tuesday at 7:30 p.m. in Wildcats Gym. 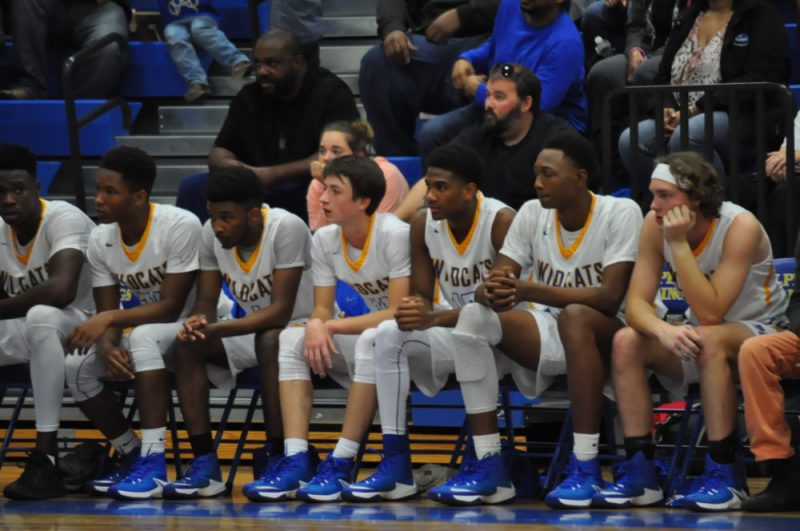