Wildcats Basketball Coach Clark Cipoletta is a big believer in defense. He feels a team can win with strong defense even on occasions when a team has a sub par shooting game. The case in point was the Wildcats’ 57-39 win over Lufkin in a Royse City tournament Friday morning.

The Wildcats struggled some to hit outside shots so they funneled the ball inside to post Victor Iwuakor and played tenacious defense. Coach Cipoletta said he was proud of the way his team played. He said anytime you can hold a good team like Lufkin or anyone else under 40 points a game you are really getting after it on defense. He said defense can lead to steals that can result in easier baskets.

Besides defense, Coach Cipoletta is also urging his team to get the ball inside to tall post Victor Iwuakor, who scored 21 points against Lufkin. Freshman Michael Jefferson chipped in 12 points including 2 three-pointers. Coach Cipoletta said Jefferson has tons of potential. He said Jefferson struggled early to find his role and to adjust to more ball handling responsibility. The 6-foot-5 Jefferson had previously played as a post or shooting guard. Bryson Lynn scored 10 points, including 2 three-pointers. Against Lufkin, the Wildcats led 16-8 after one quarter, 39-20 at the half and 49-31 after three quarters.

The Wildcats, now 6-0 this season, face their sternest test of the season by far Saturday at 8:30 a.m. against ranked Class 6A power Dallas Skyline. They feature a Kansas commit.Coach Cipoletta said he looked forward to playing Skyline and he added he would take the same approach that’s been successful for the Wildcats so far this season. 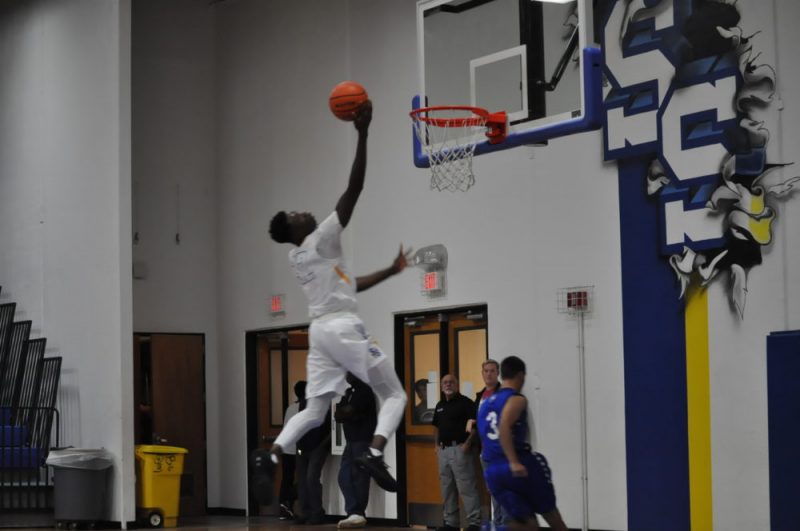