Wildcats Could Qualify for Tourney Top Bracket With Morning Win

The Wildcats opened play with a 83-57 loss to powerful Pro Vision of Houston Wednesday afternoon in pool play. Pro Vision led 21-8 after one quarter and 40-23 at the half.

Victor Iwuakor sealed the win with a big dunk in the final minute. Iwuakor led the Wildcats with 17 points. Bryson Lynn canned five of the Wildcats 10 three-pointers and had 16 points. Michael Jefferson scored 12 and Ke’Ontae Dunn added 10.

The Wildcats will wrap up pool play against Henderson Thursday at 8:30 a.m. in the Longview practice gym. The top two pool teams head for the Gold Bracket while the bottom two will be in the Silver Bracket.

The Wildcats will qualify for the Gold Bracket with a win over Henderson. Quarterfinal play in both brackets starts Thursday afternoon. The Wildcats are 15-3 for the season going into play on Thursday. 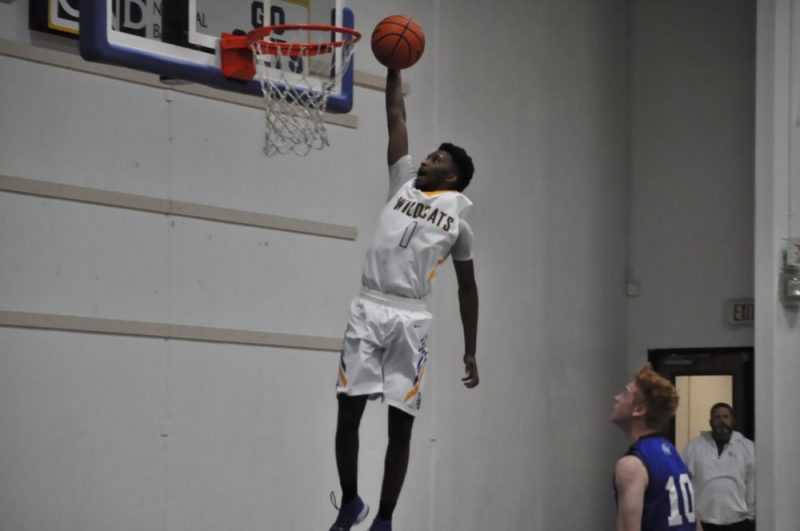