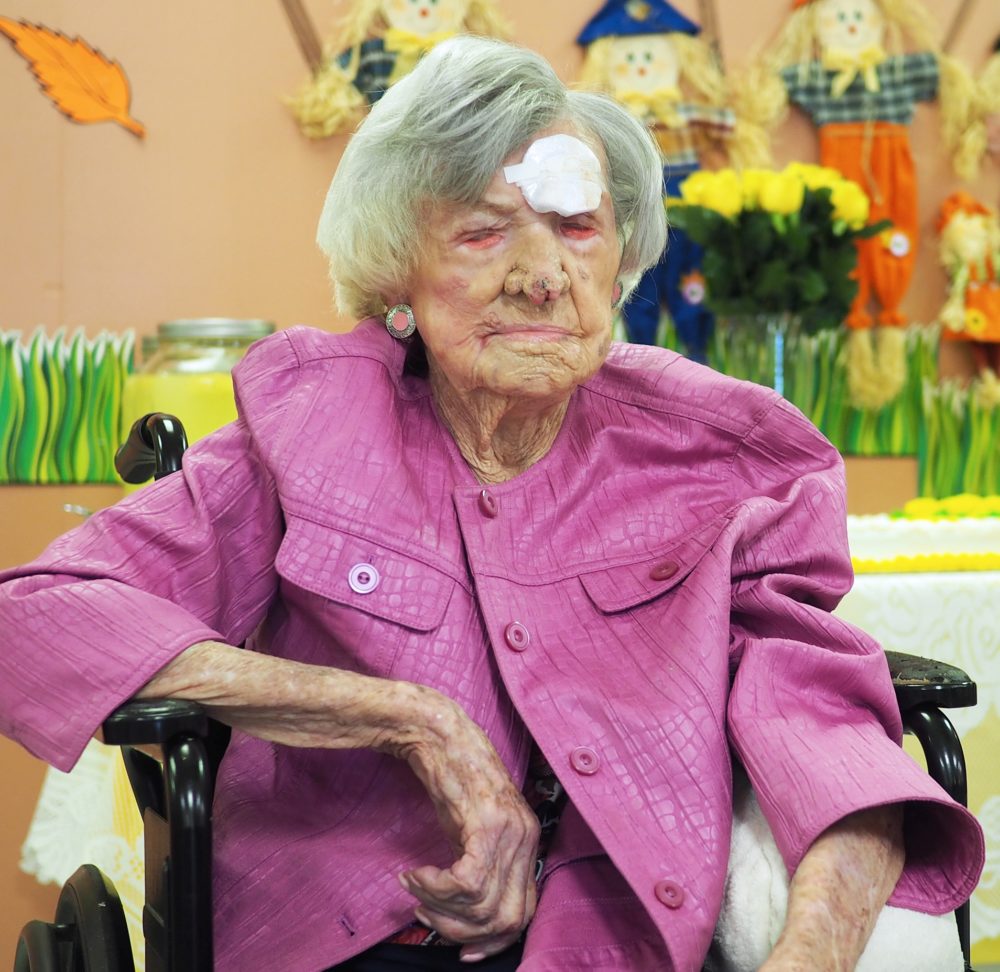 Funeral services for Corine C. “Mam Ma” Snow, age 112, will be conducted at 2:00 p.m., Saturday, December 10, 2016 at Spence Chapel, First Baptist Church with Rev. Fred Lewis and Bro. Tommy Johnston officiating.  Interment will follow at Restlawn Memorial Park with Robert Brower, John Brower, Joe Brower, Bill Baber, Jeff Coppedge and Brandon Baker serving as pallbearers.  Visitation will be from 1:00 to 2:00, one hour prior to service time.  Corine passed away on Sunday, December 5, 2016 at her residence.  Corine was born on December 1, 1904 in Hawkins, TX, the daughter of Eddie and Blanche Craig.  She married John Louis Snow on July 23, 1923 in Hawkins, TX.  He preceded her in death.

State Rep. Dan Flynn presented Corine Snow the Yellow Rose of Texas Award for being the oldest living  woman in Texas on Friday, October 28, 2016. She was the 7th oldest in the United States and 46th oldest in the world.  Corine was a homemaker and loved sewing for the public.  She canned vegetables and fruits raised on the family farm.  She loved fishing, working in her yard and planting flowers.

She is survived by her daughters, Christine Snow Morris of Sulphur Springs, Fannie Snow Brower of Ft. Worth, grandchildren, James Coppedge, Robert Brower, John Brower, Kay Baker, Joe Brower and Bill Baber, 16 great-grandchildren and 15 great great-grandchildren.  In addition to her husband she was preceded in death by her parents, sisters, Cleo Stone and Mamie Non Patrick.  In lieu of flowers the family request memorials be made to the Senior Citizen Center, 150 Martin Luther King Blvd, Sulphur Springs, TX   75482.  Arrangements are under the direction of West Oaks Funeral Home.