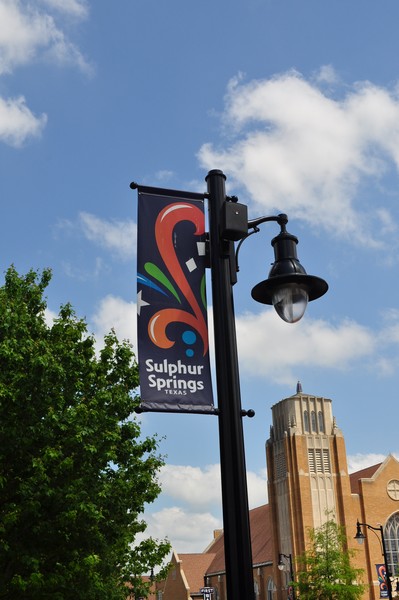 City Manager Marc Maxwell noted several accomplishments in the city during 2016. At the top of his list was a pay increase for Police and Firefighters. A 2% cost of living increase with an additional 6% increase and a step plan for police that will enable the city to pay police officers based on experience was approved. For the Firemen, there is an 11% increase as well as the 2% cost of living increase. A step plan will also be introduced for firemen. When introduced, City Finance Director Peter Karsten said that both the firemen and police officers are facing an ever increasing difficult assignment. The pay increase was intended to treat the tax payer well and provide appropriate pay for those who serve. He called it a fair return for the value.

Maxwell also noted the two parking lots built for the downtown area. One parking lot was built by the city and the second parking lot was built by the county with the city providing amenities that would blend the parking lot into the downtown motif.  The city built the parking area at Davis and Main in a space that was used for parking but had not been designated for parking. The rework of the area performed by the city’s construction crew transformed an area that could contain 46 vehicles to provide parking spaces for 64 vehicles. There are also eight (8) spaces designated for Tesla recharging stations, another of Maxwell’s noted accomplishments for the city bringing the total to 72 spaces. The spaces are on both sides of Tomlinson Street as well as along Main and Davis Streets. The open area in the planned parking area will be sodded with grass and irrigation will be added. After the first of the year, a retention pond will be built along with a rework of the drainage ditch that is near the parking lot. The County project at the northeast corner of Jefferson and Rosemont Streets will have 77 spaces.  The County constructed the lot in concrete and the City installed lights and landscaping per an earlier agreement at the time the tax increment reinvestment zone was created.  When the County opted into the zone, the City committed to beautification of the lot when it was built.

The city took a major step toward the future with the Tesla re-charging station. A representative of Tesla was in Sulphur Springs in late June, 2016 to finalize the station for owners of the battery powered auto. The Tesla station is located at the corner of Davis and Tomlinson Streets. Tesla pays for the charge for their owners. The whole idea is that the people who buy these cars are people with disposable income and their visit to Sulphur Springs will profit merchants and restaurants downtown according to Maxwell. The charging station in Sulphur Springs is the only station between Dallas and Hot Springs Arkansas. Tesla does have charging stations at hotels but those take overnight for charging.  This station is a supercharging station that will require 45 to 70 minutes for a re-charge.

Rockdale Road north of the Interstate in Sulphur Springs was unavailable for through traffic for three weeks during improvement work on the road in 2016 but completed providing a better street.

Also on Maxwell’s list is the remodel of the Police Department offices, the new pavilion at Buford Park and the new fuel farm at airport.