Paris Eked Out Win Over Wildcats

Victor Iwuakor led the Wildcats with 20 points. Keaston Willis added 15. Ke’Ontae Dunn had 11, Bryson Lynn 9 and Michael Jefferson 7. Paris got huge games from their talented guards. Josh Robinson scored 28 points and Jalon Pipkins had 14. Three point shots were flying all night long as Paris netted 10 and the Wildcats 9. The Wildcats opened the game well and led 19-17 after the first quarter. Paris outscored the Wildcats in the second quarter 21-12 t take a 38-31 halftime lead. Paris edged by the Wildcats 15-14 in the third quarter to lead 53-45 after three. That set the stage for the fourth quarter happenings.

The Wildcats will play Royse City Friday night at 7:30 p.m. at the Sulphur Springs Middle School Gym. The Wildcats Freshmen and JV teams both got wins at Paris Tuesday. The Freshmen Wildcats won 58-45 and the JV Wildcats came out on top 56-46. 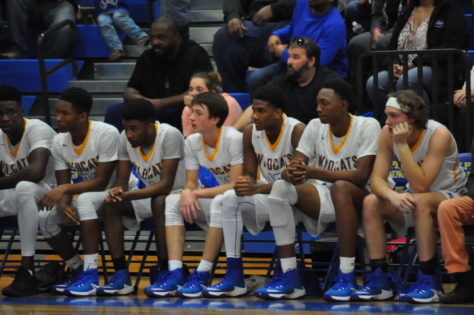