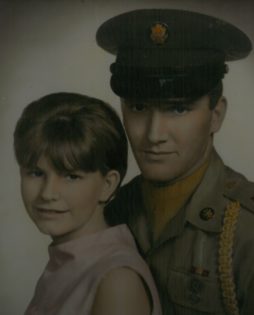 Mr. Douglas was born February 28, 1949, in Sulphur Springs, to Johnny Joe and Vena Bianca (Doughty) Douglas. He married Mary Jo Flournoy in Pickton, Texas on August 20, 1969, she preceded him in death.  Marlon served in the U.S. Army during the Vietnam War, and was retired from Hannah Construction.  He was of the Baptist faith.

Mr. Douglas was preceded in death by his parents, three sisters and one brother.

The family has requested that memorials be made to: Texas State Veterans Home, 11466 Honor Lane, Tyler, Texas 75708, attention: Donna Huffman.