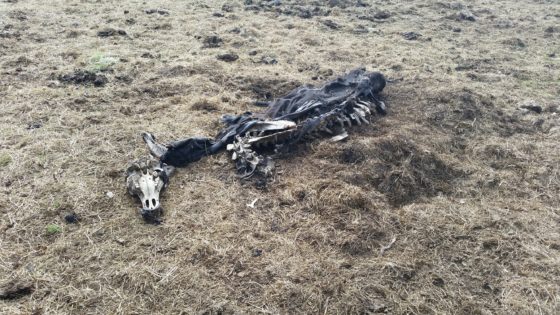 A call Monday morning alerted Hopkins County Deputy and Animal Cruelty Investigator Coby Hume to approximately 45 head of cattle that were malnourished. Approximately 10 head were found dead near a pool and two of the bovine bodies were in the pool. According to Hume it seems the cattle had broken through a weak fence and torn down bales of hay to eat. That hay is now trampled under their feet and ruined by their own waste. The cattle were located in a Birthright pasture next to the water storage facility for the volunteer fire department. 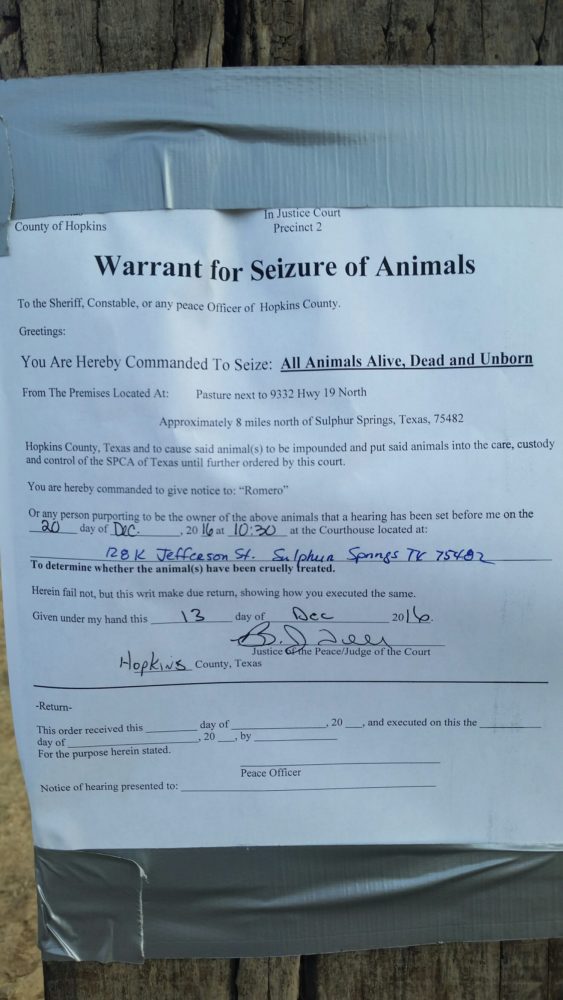 Hume contacted Art Muñoz with the SPCA who brought a team to take the cattle to a safe place with food, water, and veterinarian services. Justice of the Peace B. J. Teer signed a warrant for the seizure of the cattle.

Hume stated he is not sure who the owner of the cattle is but he has a good lead to the owner. A motorist passing by on State Highway 19 Monday had stopped to speak with Hume about the cattle. Hume described that individual as enraged. 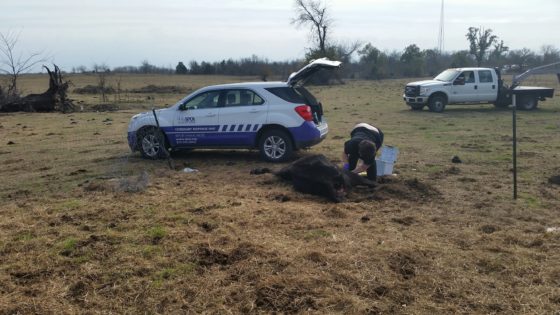 A veterinarian with the SPCA was examining one of the dead animals to determine whether or not the cattle died of starvation, disease, or another cause. Hume stated that at this time the charge is only a misdemeanor but should the veterinarian tests prove more, criminal charges will be filed. 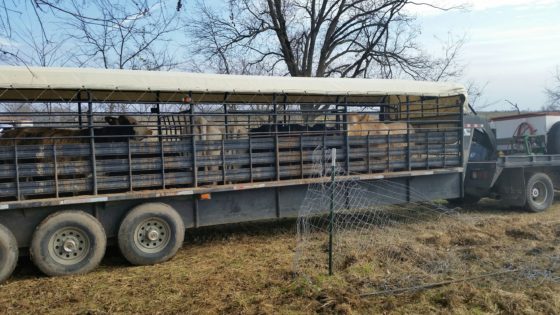