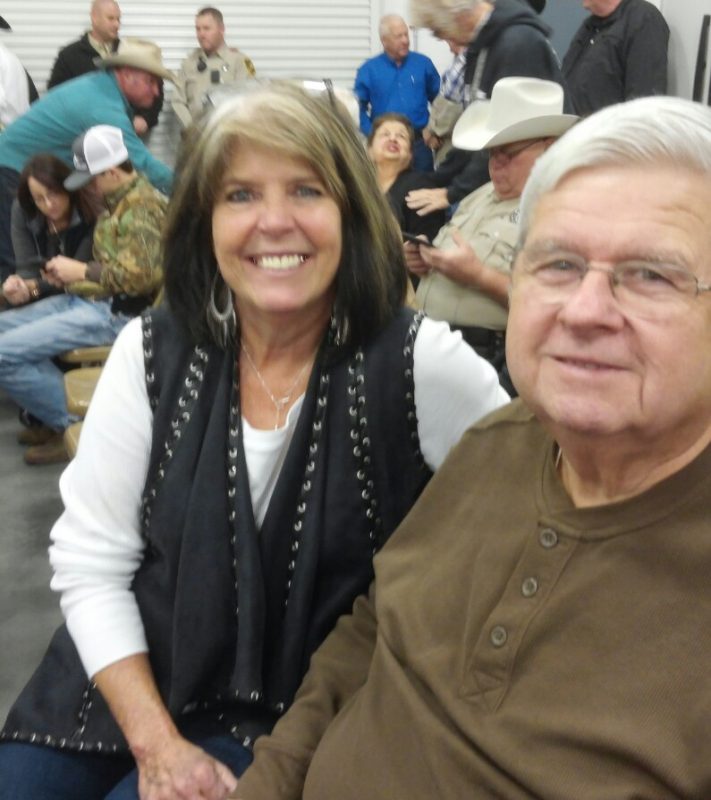 Beth Wisenbaker is a Hopkins County native…almost….her family moved to Sulphur Springs when she was in first grade. Beth graduated from Sulphur Springs High School, went to college, and in time met and married the love of her life, Donnie Wisenbaker. In the late 1980’s she got a “bee in her bonnet” to run for office, and in 1996 was elected by Hopkins County voters to the position of Commissioner Precinct One. Her background in business helped, but Beth says that the job of commissioner has provided her with the biggest learning opportunity of her life. The job, she explains, is so much more than just maintaining roads. “Being a commissioner is really more like being a member of a board of directors of a corporate entity, with 160 employees and a $16 million dollar budget”. Over the past 20 years, she has worked with all local governments on up to the State Legislature, and getting legislative items pushed through is definitely a team effort for all four commissioners. Also, she learned that legislators are always excited to see county government officials come to Austin with their issues and concerns. During her career, Beth has worked for four Hopkins County judges…Joe Minter, Cletis Millsap, Chris Brown and current Judge Robert Newsome. Also during her time, some of the major accomplishments of the court have been to renovate the Courthouse as well as the Civic Center, and to build the new jail facility. She wants to give credit to her Precinct One crew who have really taught her everything about roads and bridges. Her foreman Rodney Keller is also retiring this year after 37 1/2 years on the job. There’s also Mike Swanson, Lewis Russell, John David Jetton, Hester Haynesworth, Jason Smith and Gerald “Cowboy” Clark. Why is Beth retiring? She says that she always heard that when God gives you a tap on the shoulder, then it’s time to go to the next thing. What will Beth do after retirement? With her love of Hopkins County and it’s people, she will still be around, she says. But on the immediate basis, she’s going home to be Donnie’s wife and a grandmother to her precious grandchildren. That will keep her busy until she gets another tap on the shoulder. Good luck, Beth!