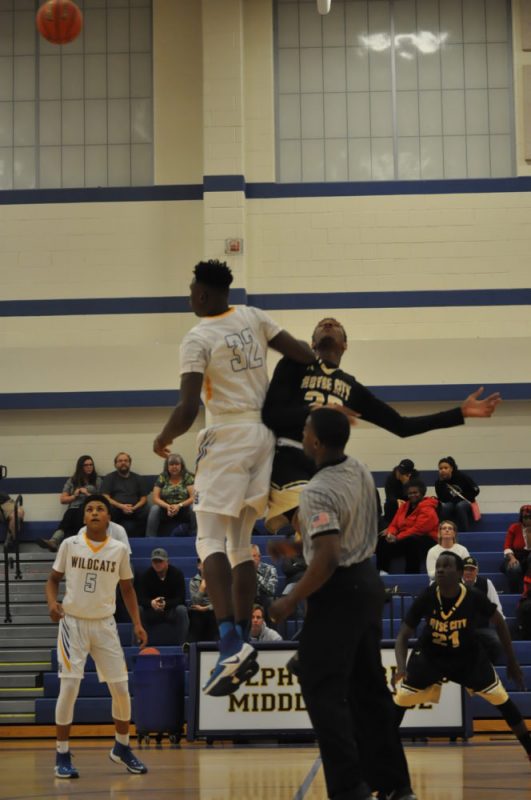 First of all Wildcats Basketball Coach Clark Cipoletta says his is proud of his guys for the way the fought and came out with a 69-65 win at Pine Tree Tuesday afternoon. That said, Coach Cipoletta believes his team didn’t do a lot of the little things that might have made the winning easier. He didn’t like the way they played defense. They gave up quarters of 22 and 18 points. There was a lot of foul trouble. Victor Iwuakor had only 1 point at the half because he had to sit out quite a bit due to foul trouble. Coach Cipoletta said he had to sit five players at some point due to foul trouble. With the Wildcats trailing by one going into the fourth quarter, the Wildcats rallied to win. Coach Cipoletta said some effort he hadn’t seen over the first three quarters made the difference. Dane Rutherford drew a charge and then went to the other end and got an offensive rebound and a put back basket. Coach Cipoletta said he called on Dedric Godbolt to guard a Pirate player that was red hot against the Wildcats. Godbolt slowed him down according to Cipoletta. The Wildcats are now on Christmas break. They will play in a Longview tournament Wednesday and Thursday. Their first game presents an incredible challenge. They will face Pro Vision of Houston, an academy ranked by one source as the nation’s #12 team. The Wildcats play them Wednesday at 1:30 p.m. in the Practice Gym at Longview. The Wildcats enter the tournament 1-0 in district play and 14-2 for the season.