A space that was used for parking but not designated for parking, at the corner of Davis and Main Streets, has been reworked is now open providing additional downtown parking. On the busiest of days the lot, before work performed by the city’s construction crew usually contained 46 vehicles. Now some 64 vehicles will be parked there. There are also eight (8) spaces designated for Tesla recharging stations bringing the total to 72 spaces.

Spaces along Main Street opened Thursday and the final constructed spaces will be opened Friday. The spaces are on both sides of Tomlinson Street as well as along Main and Davis Streets.

The open area in the planned parking area will be sodded with grass and irrigation will be added. After the first of the year, a retention pond will be built along with a rework of the drainage ditch that is near the parking lot. 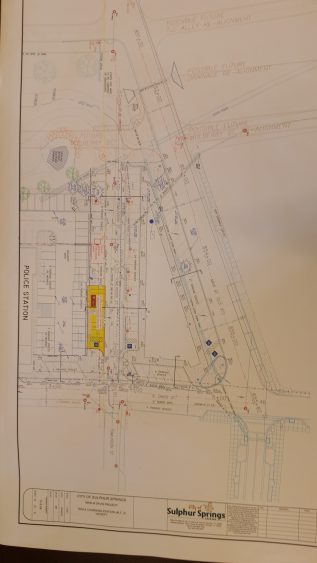