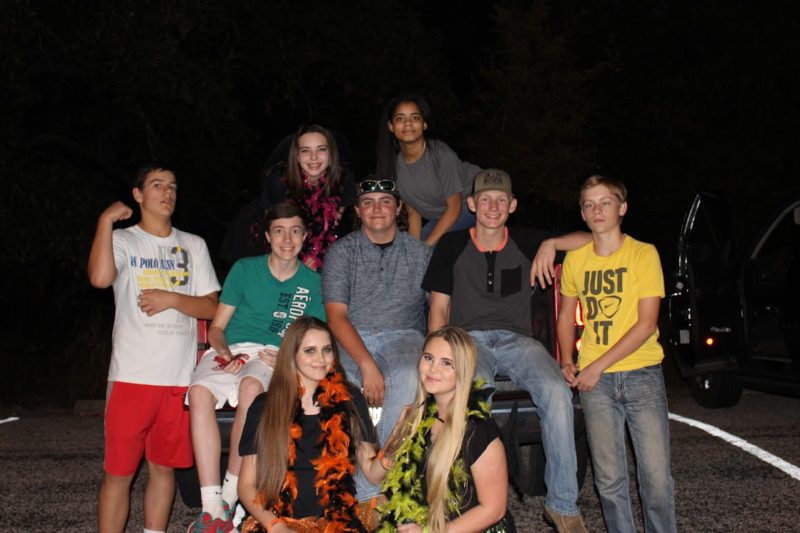 The North Hopkins Beta Club has been in full swing over the past few months. The club has inducted over 25 new members, bringing their total membership to a little over 50 members. They also inducted new club officers:

The club has participated in various volunteer work such as the M.O.M. (Ministering our Military) project, collecting over 2500 personal needs items for active service men and women. Members also worked booths at the Hopkins County Fall Festival. This is the group’s first year to participate in the Trunk-or-Treat at Cooper lake.

The club also have had many fundraising events. They worked the NH Fall Carnival Concession Stand and did the annual coke orders. They are starting a new tradition, “Block the Door”, a canned food drive with a twist. 7th-12th grade will compete to collect the most canned goods. At the end of the event, grades will see if they collected enough cans to block in a teacher’s door of their choice. North Hopkins Beta Club’s year is very bright and eventful.