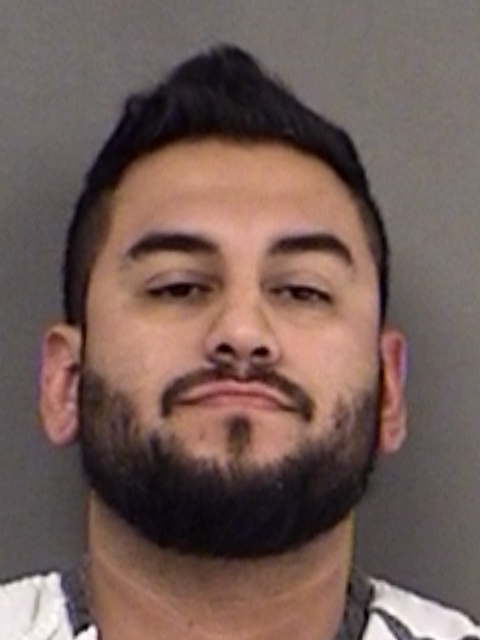 Deputies called to a motor vehicle accident on I-30 at the 120 Mile Marker found two females and two children, ages 9 and 6, standing on the side of the road in temperatures below 50 degrees. The driver of the vehicle, one of the females, said Armando Roberto Perez, 32, of Brashear, a passenger in the vehicle, had grabbed the steering wheel of the auto while she was driving and had caused the vehicle to veer into two metal poles at the exit.

Perez had fled the scene in the vehicle leaving the children and women beside the roadway. The 9-year old child had an abrasion on his chin, a small bump on his right temple, and dried blood on his right ear. Emergency Medical Services arrived and checked the four for injuries.

The children were released to their mother and the females were transported to a Sulphur Springs address. However, deputies went to Perez residence on County Road 1200 where they found the vehicle with heavy damage to the rear door and fender. At the Perez residence, a neighbor identified a passing truck as belonging to Perez. A traffic stop was made on the truck.

Perez was arrested. After having been read his Miranda rights, he confessed to how the accident occurred and to leaving the women and children stranded. Perez was charged with two counts of Abandon Endangering Child Imminent Danger. He has posted bond Saturday morning. Bond had been set at $30,000 on each count.