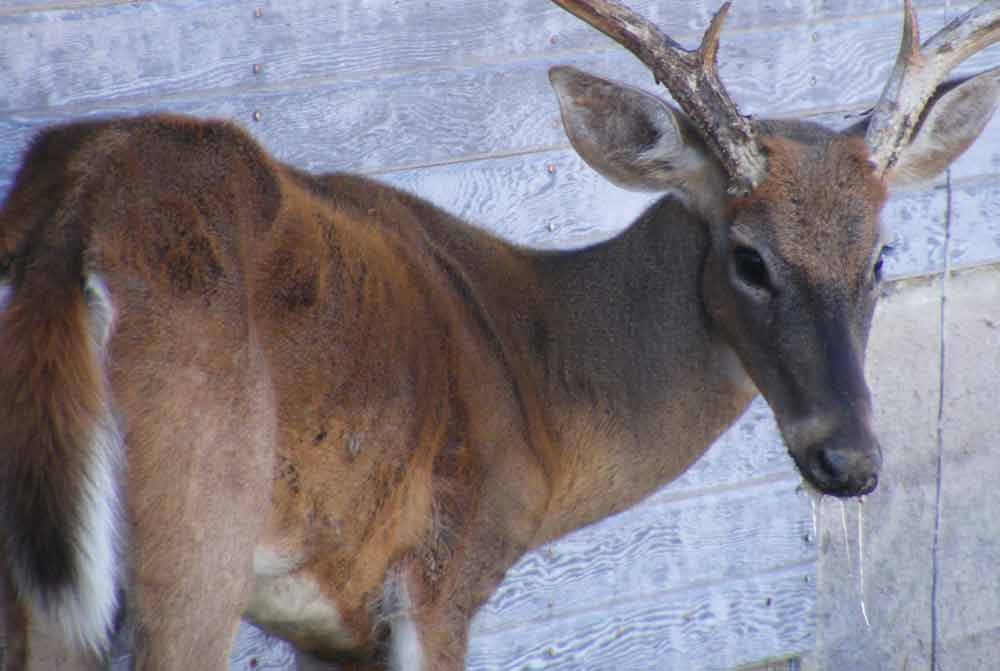 OVERTON – A good crop of acorns and fewer mature deer could put the pressure on hunters in East Texas this deer season, said Dr. Billy Higginbotham, wildlife and fisheries specialist in Overton.

Higginbotham said hunters in the Pineywoods and Post Oak Savannah ecoregions in East Texas could face tougher hunting conditions due to a bumper acorn crop this year. Consumption of shelled corn and food plot crops decreases dramatically when acorns are available, which likely means hunters will have to adjust their strategies to harvest deer.

“Several different oak species are producing abundant crops of acorns this year, and hunters who hunt the early part of gun season over supplemental feeders or food plots could be in a very lonely spot when acorns are raining down on other parts of the property,” he said.

Higginbotham said hunters may need to hunt in or near stands of acorn-producing oaks. He recommends using portable or temporary hunting blinds for concealment in those areas.

Blinds should be set up downwind or crosswind from the feeding area, he said. Hunters should enter the area from a direction that does not result in scent drift into the feeding area.

“That may delay the opportunity to hunt those areas until the wind direction is favorable,” he said.

Compounding difficult conditions, the number of mature deer also will likely be lower this season compared to previous seasons, he said.

But antler restrictions in effect in East Texas counties have produced positive results for all hunters, he said.

“Fewer 1 1/2- and 2 1/2-year-old bucks are being harvested and the percentage of 3 1/2 and older bucks are showing up in deer populations,” he said. “This translates into better antler quality for our region.”

Higginbotham said East Texas hunters should expect the rut to be on schedule. Bucks typically begin rutting activity sometime during the first two weeks of November.

“Hunters who can locate does during that time period should expect bucks to follow,” he said. “In addition, once the rut kicks in hunters may encounter bucks anytime during the day as they actively seek and chase does.”

Higginbotham said hunters can aid wildlife management by collecting and sharing data regarding deer sightings and harvested deer. Hunters are encouraged to keep a tally of the number of does, bucks and fawns they see during the first two weeks of rifle season starting Nov. 5.

Hunters can also record harvest data on deer including the date, time and location, sex, antler measurements for bucks, lactation status of does and field dressed weights on all deer. Photos of all bucks harvested are also encouraged.

Harvest data can be compared to future hunting season’s data to determine if the deer population and habitat are in balance and trending toward the goals of hunters and landowners, he said.

“This is all valuable information that can be used to formulate future harvest recommendations,” Higginbotham said.