Wildcats vs. Tigers; What the Coaches are Saying

Home » Featured » Wildcats vs. Tigers; What the Coaches are Saying

Friday night at Prim Stadium the Wildcats return to district play after an open date. The 7:30 p.m. game against Mt Pleasant begins the final three game stretch that will determine district representation in play-off action. Here is the what the Wildcat and Tiger head coaches and Wildcat Coordinators are saying about the game.

After the good vibes Wildcats Coach Greg Owens got from his team after the Texas High game, Coach Owens said he wasn’t sure he liked the idea of a bye week coming up last week. Thursday Coach Owens jokingly said he’d see how his team played before deciding if the bye was a good thing or bad thing. Seriously Coach Owens said he thought it was beneficial. Players relaxed and got some energy back. He did admit it was taking some effort this week to get the player’s geared up after they dialed it down some last week. Concerning the Mt. Pleasant game Friday at Prim Stadium, Coach Owens said it would be a physical game. He said both teams would be battling to control the line of scrimmage. Both teams have big offensive lines. Coach Owens said the Tigers liked to run the football. He said they threw only about four passes against Texas High last Friday. Coach Owens said the Tigers had some quick and speedy backs. They also utilize fullbacks in the running game. On defense, Coach Owens said he was impressed with several Tigers: some outside linebackers, defensive tackles and some safeties. He said the best thing they do defensively is get off blocks. Coach Owens said it should be a heck of a game as both teams were fighting for playoff spots. He said the Wildcats were already in playoff mode. Coach Owens said some more keys to the game for us were good tackling and good safety play. The Mt. Pleasant and Sulphur Springs game may not be the rivalry it once was, but Coach Owens said is was a key district game and a big game because of the playoff implications.

Mt. Pleasant Head Football Coach Corey Homer is in his third year as Tigers’ coach. Coach Homer is a 1997 Mt. Pleasant graduate who played for the Tigers and Head Coach Marc McDaniel in 1995 and 1996. He was hired in December of 2013, coming from Plano East where he was Assistant Head Football Coach. Coach Homer had previous stints at McKinney North and John Tyler. His Tigers’ team is 1-7 so far this year. They got to a rough start in pre-district going 0-4. Still Coach Homer says he liked the way his team fought and he adds they have improved each week. In district play the Tigers lost an overtime heart breaker to Hallsville, 24-20. The Tigers bounced back with a big win over Pine Tree. Coach Homer says it was one of the team’s best games this year. Mt. Pleasant then lost to Marshall and Texas High. Coach Homer says three bad plays, two fumble recoveries and a blocked punt, all that went for touchdowns, put the Marshall game out of reach. The Tigers gave Texas High a good fight trailing only 10-7 at halftime before Texas High rallied for a 27-7 win. Coach Homer feels if his team can defeat the Wildcats Friday and then Greenville, their 3-3 district record should be good enough to earn a playoff spot. He admires Wildcats Head Football Coach Greg Owens and says he is glad to call him a friend.

Wildcats Offensive Coordinator Matt Young says the bye week was a productive one for his offense. He says the focus was on details and technical work. Players were able to relieve leg fatigue. Coach Young says the offense stepped back physically and now they face the task of amping up for Mt. Pleasant at Prim Stadium Friday. He calls the Tigers solid defensively and he says they are getting better every week. Coach Young says they don’t give up big plays because they are good at what they do. He says the Tigers defense includes lots of good high school players. Even Texas High had to earn their points in a 27-7 win last Friday that was only a 10-7 game at halftime. Coach Young says the Tigers are good up front. His bottom line is that the Tigers will present a challenge for the Wildcats who must execute their offense. The Wildcats last three games of the season are against teams competing in what Coach Young calls a small school district playoff battle. 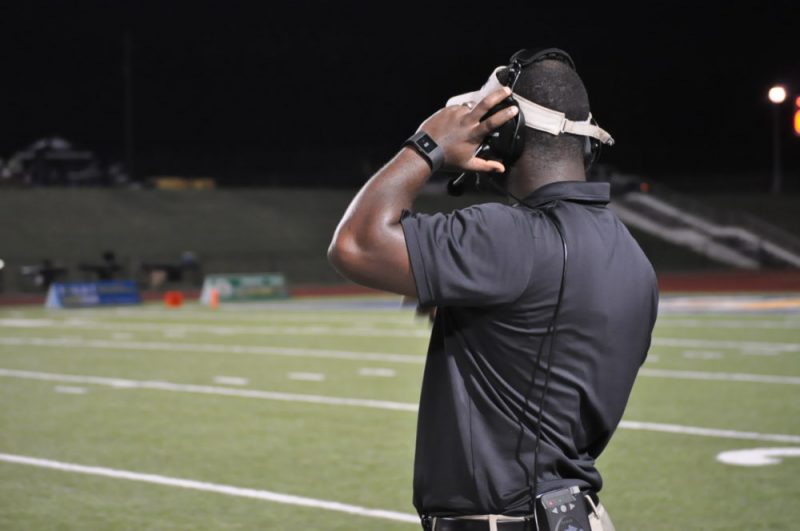