Quarterback Ryan Humphries is the district’s top passer with 89 completions out of 161 passes, that’s 55%, for 1259 yards with 14 touchdowns and five interceptions.

Angel Tavera is #2 in district in punting averaging 33.17 yards per punt on 23 punts.In punt returns, Taylor is #4 in district averaging 5.75 yards on 4 returns.

In interceptions, safety D.J. Abron is tied for first in district with 2 pick offs. The team has four total.

Taylor is tied for fifth in district in scoring with 36 points with his six touchdowns.

In scoring by kickers, Tavera is third in district with 25 points on 19 extra point kicks and 2 field goals. 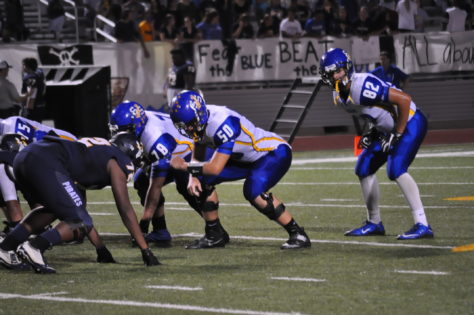