Lady Cats Volleyball Coach Justin Maness said his team did what they needed to do as the Lady Cats rolled over Marshall, 3-0 Friday in Wildcats Gym. Coach Maness said Lady Cats servers made only three errors in the three sets.

The Lady Cats ended the first half of district play with a 5-1 record. They are 26-8 for the season. They have a first place showdown with Hallsville in Wildcats Gym next Tuesday night at 6:30 p.m. Hallsville is the only district team to defeat the Lady Cats this season in district play. The Lady Bobcats won at home back on September 9. 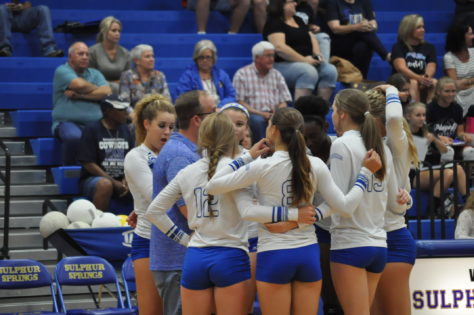