The race for second place in the district tightened up as the Pine Tree Lady Pirates defeated the Lady Cats, 3-1 at a very hot Wildcats Gym Tuesday night. It appeared the air conditioning in the gym was not turned on during the contest.

The Lady Pirates came out as hot as the gym and seized set one, 26-24. They continued their solid play and took set two, 25-19. The Lady Cats got out to a strong lead in set three before having to hang on to win, 27-25. In a set four that looked like it could go either way, the Lady Pirates won 26-24 to take the match.

The Lady Cats slipped to 7-3 in district play. Pine Tree improved to 7-4. The Lady Cats can still clinch second with victories over Mt. Pleasant Friday at 4:30 p.m. at Sulphur Springs Middle School Gym and over a struggling Marshall team in Marshall next Tuesday at 6:30 p.m.

The Lady Cats also missed a chance to set the all time school record for victories in a season. They are now 28-10. They remain tied with last year’s team, which also won 28 games. 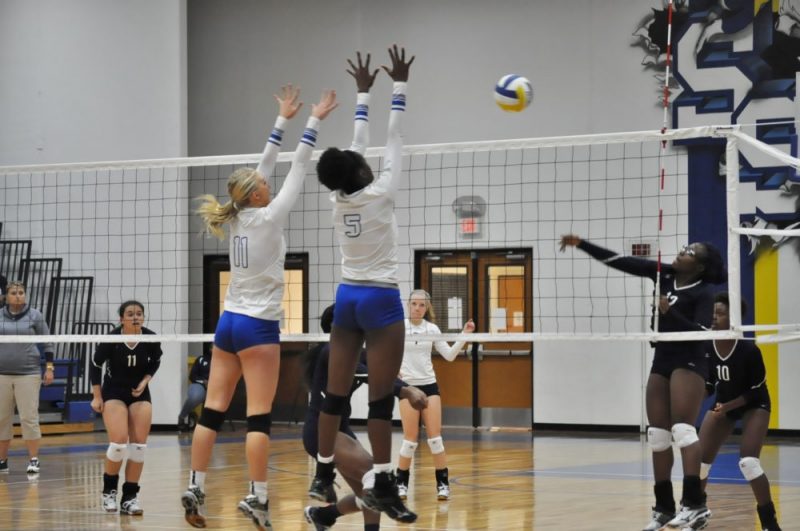