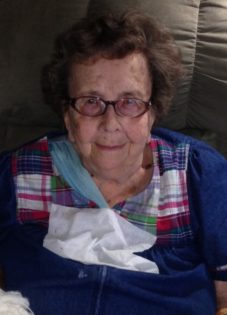 Dorsey passed away Saturday evening, October 15, 2016 at Rittenhouse Village in Garland.  She was born in Sulphur Springs, Texas, on April 21, 1920, the daughter of Sid Clyde Wright and Ida Truman (Snow) Wright.  She graduated as salutatorian from Sulphur Springs High School in 1938.  She married Marlin Blanton Fausett in Archer City, Texas, on May 21, 1939.  After raising her two children, she worked at Employers Casualty Company in Dallas for 17 years.  She was a member of Saturn Road Church of Christ in Garland for many years, and League Street Church of Christ in Sulphur Springs in her later years.

Dorsey is survived by her son, Donald Wright Fausett; her daughter, Susan Fausett Clevenger; her grandsons, Benjamin Wright Fausett and Damon Vidrine; her granddaughters, Kimberly Vidrine Denton, and Savannah (nee Beth Marie) Barnes; her step-granddaughters, Beverly Baird and Jennifer Gorham; six great-grandchildren, and two great-great-grandchildren.  She was known affectionately by her family as “She Who”, a name given to her by her children when they were young.  She had a kind and gentle spirit, and was much loved by her family and many friends.