MYTH:  On November 8 residents of the Paris Junior College (PJC) service area outside the taxing district will decide whether to be annexed into the PJC tax base.  While the initial increase is being advertised as low as 8.5 cents per $100 evaluation, that figure can be unilaterally increased to 27 cents per $100 without any authorization by the citizens of the county once they vote to join PJC’s tax base.

FACT:  The Board of Regents has approved a tax rate upon annexation of 8.5 cents per $100 valuation.  Historically, there has been a legal cap in place of 27 cents.  The college has never come close to the cap and if you look at historical rates the rate has remained consistent and has not fluctuated more than a penny over the last decade.  The Truth-in-Taxation legislation applies and requires public hearings for any increase in revenue and an increase over 8 percent could bring about a rollback election. Voters would have the right to reject any such dramatic increase.  Counties being annexed would also now have geographic representation on the Board and collectively, the Board makes any taxing decisions. If anything, the newly annexed counties would have greater input on tax rates in the future.

MYTH:  About 1/3 of PJC’s current enrollment live outside the taxing authority of the district.

MYTH:  By joining the taxing district, the average homeowner in Hunt or Hopkins County could pay as much as $17,340 over a 60-year lifetime.  The average homeowner could pay over $250 per year.  The tax rate would apply to all property owners without exemptions, many of whom will never utilize community college services.

FACT:  Average homeowners in Hunt or Hopkins County would pay significantly less than $250 per year, or $17,340 over a 60-year lifetime:

Furthermore, existing tax exemptions would apply.  For example, the PJC Board of Regents currently provides a $10,000 property tax exemption to homeowners 65 and over to help offset the possibility of property tax increases among those living on fixed incomes.  With annexation, the college will enact a property tax freeze for those 65 and older.

MYTH:  The only benefit new taxpayers would see is a savings of $2,700 in tuition over the course of two years, assuming they went to school at all.  Those not utilizing PJC services would see no measurable benefit.

FACT:  A 2014 economic impact study conducted by EMSI demonstrated PJC’s impact to the five-county area is $141.7 million annually.  Additionally, skilled training for employees is an important benefit the region can offer when competing with other areas to attract industry and jobs.  Students completing a community college degree typically earn $500,000 more over a lifetime than a high school graduate.

MYTH: In Hunt County, the single jurisdiction with the most out-of-district students, there are about 1,270 students on the Greenville campus.  That’s in a county with a population of a little over 87,000.  Over 87,000 will be subject to increased property taxes for the benefit of only twelve hundred students.

FACT:  1,270 students represents one year’s enrollment.  Over the coming decades, educating 1,200 students per year will build a well-educated and skilled workforce able to compete with other states and countries, keeping the East Texas economy vibrant by attracting good-paying jobs to the region.

MYTH:  There are additional concerns over this massive increase on the taxing base of PJC other than just property tax rates. One of the stated programs and services included in the PJC district service plan is the ability to offer bachelor’s degrees in high-demand workforce program areas.  Specifically PJC’s interest in offering nursing bachelor’s degrees, the school would benefit significantly from increased state funding for contact hours for those courses.  But community colleges with baccalaureate programs do not maintain the same scientific and liberal education foundations used in nursing programs offered at four-year colleges.  Unlike their four-year counterparts, many community college students do not receive critical course-work in algebra and statistics.  Additionally, while PJC currently has achieved a nursing program, in 2015 PJC nursing pass-rate was only 75.47 percent on the National Council Licensure Examination N-CLEX.  This is below that required 80 percent for first-time takers.  The Board of Nursing will move PJC’s approval status from full to full-with-warning, if the program experiences pass rates lower than 80% for two consecutive years.  PJC should be focusing on improving the program it has, before considering an extension.  Additionally, while the PJC program is approved by the Higher Education Coordinating Board, it is not accredited by the Commission on Collegiate Nursing Education (CCNE).  Students from non-accredited schools who desire to go on to graduate programs in nursing are often turned away if their baccalaureate degree is not from an accredited school.

FACT: PJC has an accredited nursing program.  It is accredited by the Accreditation Commission for Education in Nursing (ACEN).  Yes PJC’s NCLEX pass rate in 2015 was 75.47 percent, at the same time in which Texas A&M – Commerce had an 80 percent pass rate.  If you look at historical numbers for PJC pass rates, the college has consistently been above the 80 percent mark.  The 2016 numbers will be posted in January 2017 by the Board of Nursing, and the PJC 2016 pass rate to date is 93.75 percent.  Also, there is a critical shortage of nurses locally, regionally, statewide and nationally that will take all of the existing institutions and more to meet this critical need. We are lagging far behind replacement rates as many nurses retire.

MYTH: Residents of the area already have access to an accredited nursing baccalaureate program at Texas A&M Commerce.  By way of comparison, Texas A&M Commerce nursing program had a 93% pass-rate through the N-CLEX of 2015.  That program is going into its third year and the campus has recently been approved to offer a family nurse-practitioner program as an advanced degree.

FACT: The Texas A&M Commerce nursing program had an 80% pass-rate for 2015 as posted by the Board of Nursing.  Paris Junior College supports the A&M Commerce baccalaureate program because it brings opportunities for local residents to pursue advanced nursing credentials.  PJC supports the University’s addition of the Master of Science in Nursing Family Nurse Practitioner Program. This program will not only provide Nurse Practitioners but provide masters degreed nurses that will provide potential faculty for community college LVN and RN programs.  The proposed future program is scheduled for a public hearing at the Board of Nursing for the State of Texas on October 27, 2016.

FACT: Texas A&M University – Commerce offers only one approved baccalaureate degree for annual tuition less than $10,000.  That degree is in organizational leadership, not nursing.

MYTH: There’s not a lack of services in the area; what seems to be lacking is evidence for the claims by community colleges that they have been targeted for funding cuts by the Texas legislature.

FACT: The State of Texas budget allocation per community college student statewide fell from $2,313 in 2002 to the current level of $1,851; a decline of just under 20%.

MYTH:  If the citizens of the five counties desire to assume more financial responsibility for PJC through additional property tax burden, it would certainly be an invitation for the legislature to reduce state funding.

MYTH:  There is no justification for a ten-fold increase in the value of the district’s taxing base or the institutionalizing of a completely new property tax at a time when the state is moving to bring property tax relief to its citizens.

FACT: Paris Junior College’s goal is to make sure accessible and affordable educational opportunities are available to the residents of the area.  This goal includes academic preparation for those students who seek to transfer on to a university as well as providing certificates and associate degrees in workforce programs to better meet the needs of local business and industry. 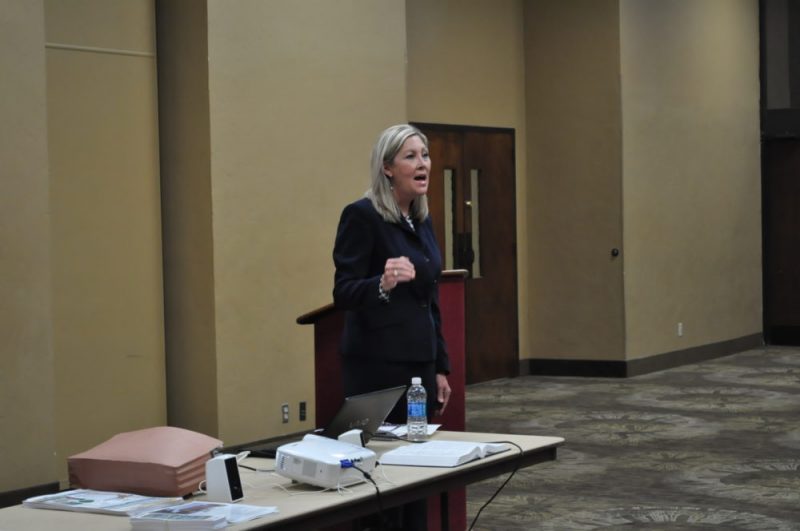