The beginning of district play is in effect, a new season and Wildcats Football Coach Greg Owens is ready for a fresh start. Coach Owens had his media gathering Wednesday morning to discuss the first district game at Pine Tree Friday. The Wildcats were 1-3 in pre-district games.

He said there seemed to be more pep in the players’ steps at practice this week. They enjoyed a freak rain during bright sunshine at Monday’s practice. Coach Owens said the coaching staff challenged the players on Saturday and again Monday.

Pine Tree has started 0-4 this year under new head coach Kerry Lane, a former Gilmer assistant coach and passing game coordinator. He’s only been on the job two months as he replaced David Collins, now head coach at Richardson Pearce. Pine Tree, under Coach Collins showed some resurgence last year going 4-6 and 3-4 in district play. One of those wins was over the Wildcats, 31-14 at Emory Rains. Coach Owens said Pine Tree features a large quarterback who likes to rumble with the football. Sophomore Keshon Williams is 6-foot-4 and 220 pounds. The chief Pirate running back threat is veteran senior Maliq Owens. Coach Owens is very impressed with senior and rugged H-Back Shaffer Russell, who also plays inside linebacker. He said Pine Tree also likes to get the ball in the hands of speedy wide receiver Kenny Jackson. Pine Tree has losses this year to Jacksonville, Pittsburg, Kilgore and Henderson.

Coach Owens also listed some keys to a Wildcat win Friday. He said the offense needs to be more consistent. He said if the team can have some early success Friday it would increase their confidence. Some Wildcats need to make some plays. The defense must tackle well. The offensive line needs to maintain their blocks and finish plays. Finally the offense needs to take care of the ball. 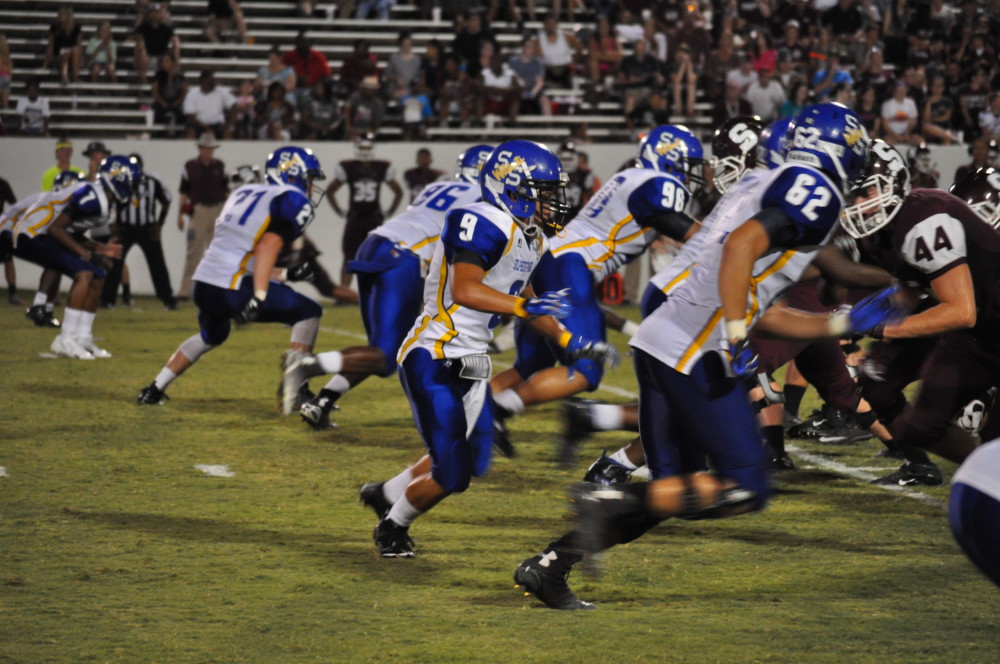