On defense, the Wildcats leaders in total tackles including assists are Jaxon Reneau with 23, Haven Tennison with 18, D.J. Abron and Daniel Moreno with 17 and Easton Silman, Tiesan Goodson and Tray Dial with 16. Sack leaders with one apiece are Silman, Reneau and Tennison. Fumble recovery leaders are Terrell Turman, Austin Dodd, Damiyon Dugan, D.J. Abron and Jose Rodriquez with one each. D.J. Abron leads the team with two interceptions and he’s also tied for first in the district. Dodd and Reneau, tied for fourth in district, have one interception apiece. 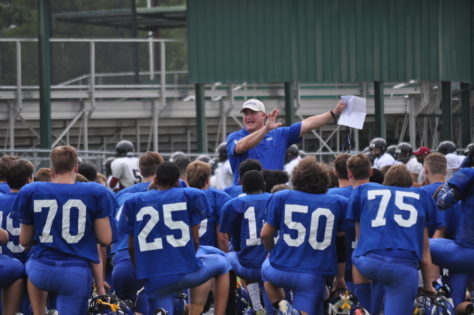