Del Frances and Loretta McKay of Sulphur Springs along with Del’s shipmate Richard Cook of Australia are shown in the KSST control room with memorabilia honoring the crew of the USS Frank Evans, the majority of whom died on June 3, 1969.  That was when the Carrier HMAS Melbourne, with Cook aboard, accidentally hit the ship and broke it in half.  Cook was age 18 years old on his first sea assignment when the crew was awakened and called to “collision stations” aboard the Melborne.  Amidst the chaos, he grabbed some flotation belts and jumped into the dark water to help save some of the Evans crew, who were already in the water. Today, he paints portraits of the Frank Evans for surviving crew members as his personal therapy. Both men continue their campaign to get the names of crew members added to the Viet Nam Veterans Memorial In Washington DC. 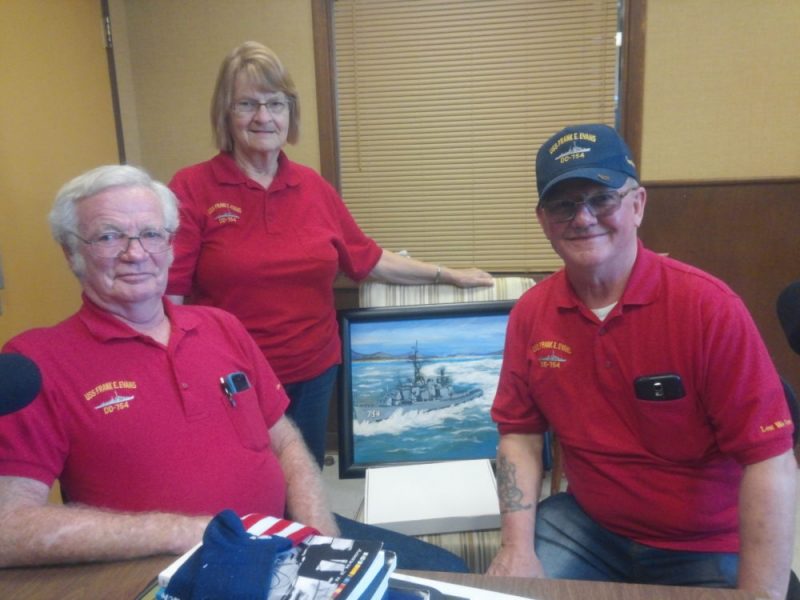 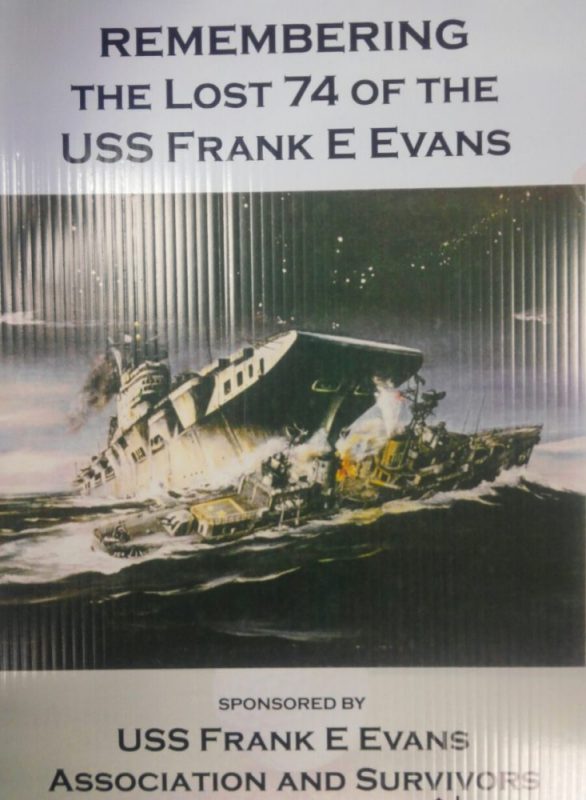