One Vehicle Accident Results in Death of Yantis School Board Member

A one vehicle accident on State Highway 154 South, near the FM1567E intersection resulted in the death of the driver, Yantis School Board Member Michael Kenney, 49. Kenney was 1.5 miles from his home at the time of the accident, according to Justice of the Peace Brad Cummings.

Cummings stated that witnesses following Kenney stated he was driving with no problems when suddenly he crossed into the oncoming lane of traffic and left the roadway hitting a tree. 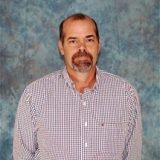 Cummings said Kenney had a history of seizures and it is thought he had a seizure causing the accident. JP Cummings has ordered an autopsy.