Lady Cats Volleyball Coach Justin Maness said he knew the Lady Cats match at Pine Tree would be a tough one. He expected the Lady Pirates to be feeling good about themselves after the bumped off Hallsville earlier in the week. The Lady Cats lost a hard fought set 1, 32-30 and had to rally from a 2-1 deficit to take a 3-2 win.

The Lady Cats had to play without one of their best players. Center net player Mieke Van Benthem turned an ankle in practice earlier in the week could not play against Pine Tree. Madi Vickery filled in for VanBenthem and she did well according to Coach Maness.

The Lady Cats are now 3-1 in district play and 24-8 for the season. They will travel to Mt. Pleasant for a district contest Tuesday night at 6:30 p.m. Coach Maness said the Pine Tree win on the road gave his team a lot of confidence. 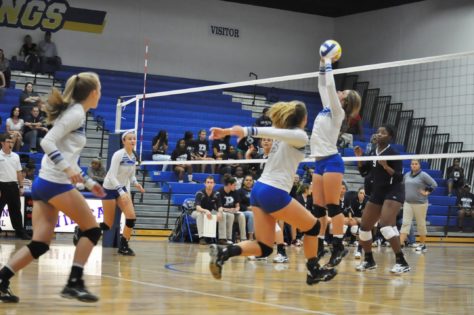