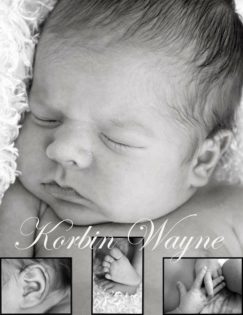 In addition to his parents Korbin is survived by his brothers, Kade Austin Goldsmith and Kason Bryant Goldsmith, grandparents, Marvin and Kathleen Gibson of Emory, Jeff and Jena Goldsmith of Brashear, Kent and Mindy Sumner of Lindale, great-grandparents, Carol Keeble of Emory, Helen Barker of Sulphur Springs and Gary and Carol Ashley of Emory.