Two Sulphur Springs sports teams that stumbled out of the gate at their first district competition will attempt to bounce back this Tuesday game day. The Lady Cats’ volleyball team lost their district opener to Hallsville last Friday. They will attempt to even their district record Tuesday night at 6:30 p.m. as they play host to always tough Texas High. The Lady Cats did beat Texas High in a tournament but district play could be different. Freshmen and JV games will be played before varsity starting at’ 4:30 p.m. We’ll bring you Lady Cats’ volleyball Tuesday night at 6:30 p.m. live on KSST radio. We’ll also videotape the game for replay at a later date on Channel 18 on Suddenlink Cable.

Meanwhile the Wildcats’ team tennis squad will also be trying to bounce back this Tuesday. They travel to Marshall for a 3:30 p.m. match Tuesday afternoon. The Wildcats opened district play last Tuesday with a loss at Hallsville. 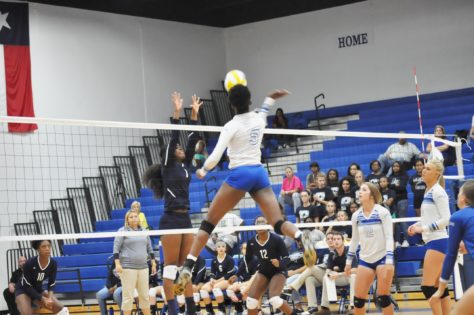