County Clerk’s Preservation of Records Continues Thanks to Document Fee 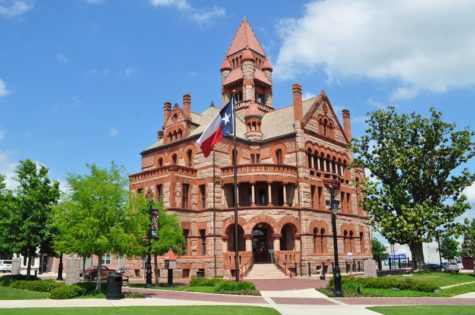 An ongoing project for the Hopkins County Clerk’s office was the focus of a funding hearing Monday morning during County Commissioner’s Court. The annual hearing focused on the $10 fee for filing documents such as plats and marriage license that funds the preservation and restoration of county records.

The fee, begun by legislation in 2003, increased from $5 to $10 in 2013 and has been a great aide to County Clerk Debbie Shirley. Shirley stated that the fee has assisted in paying for the backup of almost all county records. She said that should a disaster occur, her office could be back up and running in a short period of time. Records are stored on microfiche, digitally, and certain older books have been preserved. Some of the records are stored offsite in another county.

The fee is a separate account from the general budgeted items. Shirley said that she and an outside vendor plan an annual budget for the money received and spend the money according to a priority list for items to be protected.

She is pleased with the success her office has had in preserving items. She said that every document in the current office has been scanned and that scanning of older documents is ongoing. Deeds dating back to 1846, marriage licenses, and death records have been scanned and her staff is currently working on indexing the items.