Two Arrested for Burglary of a Habitation as They Exited House

Hopkins County Sheriff’s deputies arrested two women Wednesday night as they exited a residence they had entered through a back window. The owner of the residence called the county reporting someone in their house. 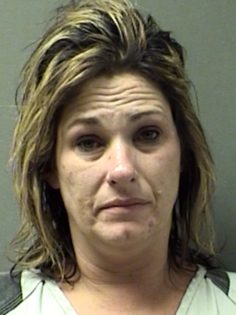 When officers arrived they found a 2005 Chevrolet pickup parked behind the residence and the back window to the house open. Exiting the house were Misti Michelle Watson, 42, and Lillie Faye Thompson, 17 (no picture available at this time). Both women live in Hopkins County with a Sulphur Springs address. They admitted to going through property in the house. A small child with them was released to a parent.

Both Watson and Thompson were charged with Burglary of a Habitation with intent to take property and are in Hopkins County Jail on $20,000 bond each. Watson was arrested in September, 2015 on a burglary of a habitation charge.