The Lady Cats’ volleyball team opened their fall campaign with two practices Monday. First came early morning conditioning. Later the nearly 40 hopefuls were involved in tryouts as new Head Coach Justin Maness decides who be end up on the varsity, JV and freshmen teams. He says there should be a lof ot competition.

Last year’s varsity team was 28-14 and got to the second round of the playoffs. Six of the nine varsity players return. Both the JV and freshmen teams had stellar records and Coach Maness said the incoming freshmen were undefeated last year as eighth graders. He won’t have long to make decisions. The Lady Cats host the first scrimmage of the season Friday. Cumby and Commerce will provide competition. Matches will take place at 10 a.m., 11 a.m. and at noon.

Saturday the Lady Cats will take on several opponents at a Wills Point scrimmage. The Lady Cats open the regular season at home Tuesday night, August 9 against Sherman and North Lamar with matches at 3 p.m., 4 p.m. and 5 p.m. 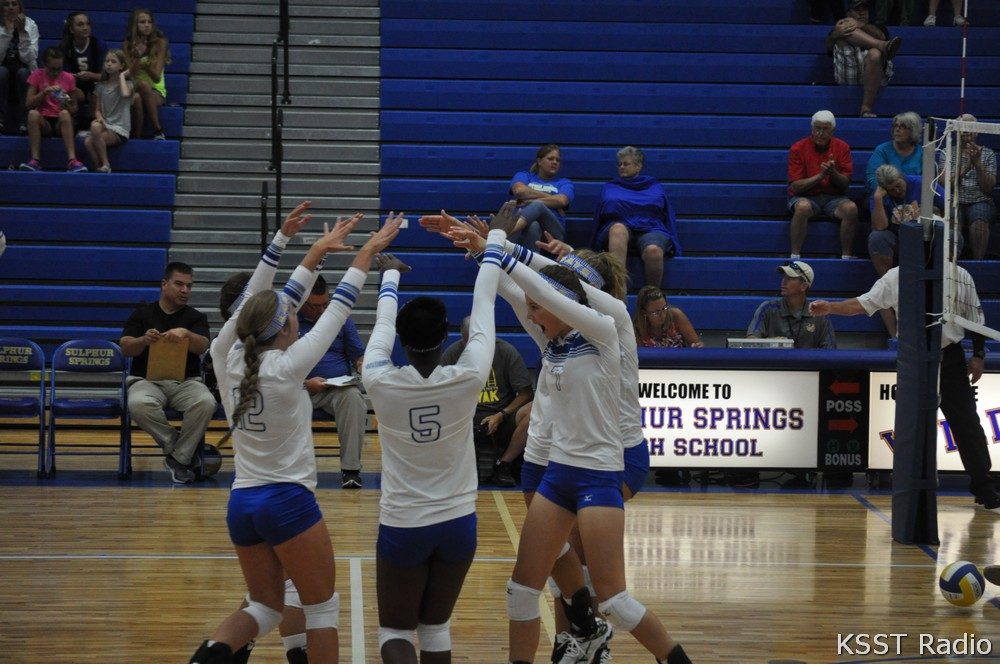