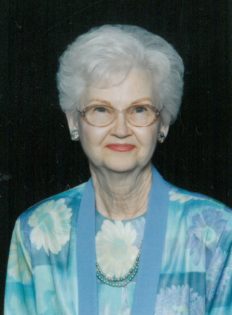 Mrs. Smith passed away Tuesday, August 23, 2016 at Baylor, Scott and White Hospital in Ft. Worth.  She was born May 19, 1934 in Sulphur Springs, the daughter of James Cleveland and
Vola J. (Troxell) Walker.  Norma married Alvin W. Smith on December 22, 1951 in Sulphur Springs; he preceded her on death on August 6, 2016. She was a housewife and volunteered with Meal-A-Day and was a member of Central Baptist Church.

She is preceded in death by her husband; five siblings; and granddaughter, Autumn Smith.