The third day of football practice for any season has a certain reputation. It’s the day players really start to feel aches and pains. Wildcats Offensive Coordinator Matt Young said players seemed to be dog tired. He said in the weight room coaches could hear weights move but there was no other noise. Coach Young said it was the same on the field Wednesday night. He said at least there was little whining like he has heard in years past. Players spirits always seem to rise on the first day in pads. That will come Friday evening. A 7 p.m. scrimmage is planned.

Coach Young has a goal in mind for the first kickoff of the season. He said he’s looking for execution at a high level and winning football games. Coach Young said the players have worked their tails off since January. He said the talk has been to earn things all along. He added they have earned physical strength, they are earning their trip to Disney World, they are earning the opportunity to win football games and many took part in The Edge conditioning program. Coach Young said a group of players went through a walk through from 7 a.m. until 8 a.m. Wednesday and then showed up for practice from 5 p.m. until 9 p.m. He said the high level of commitment excited the coaching staff.

Coach Young said the players genuinely seem to like each other and they choose to hang out together. He said Offensive Line Coach Jeremy Offutt is developing a unit that features togetherness. Coach Young said the line is getting good leadership from Richard Green and Gideon Gregory. Concerning the Wildcats skill players, he said that bunch is already at a skill level not seen for the past four or five years. Coach Young said he has put a lot on their plates but he added they are not only handling it but are wanting more. He said the offense was getting better every day and that he said is the key. 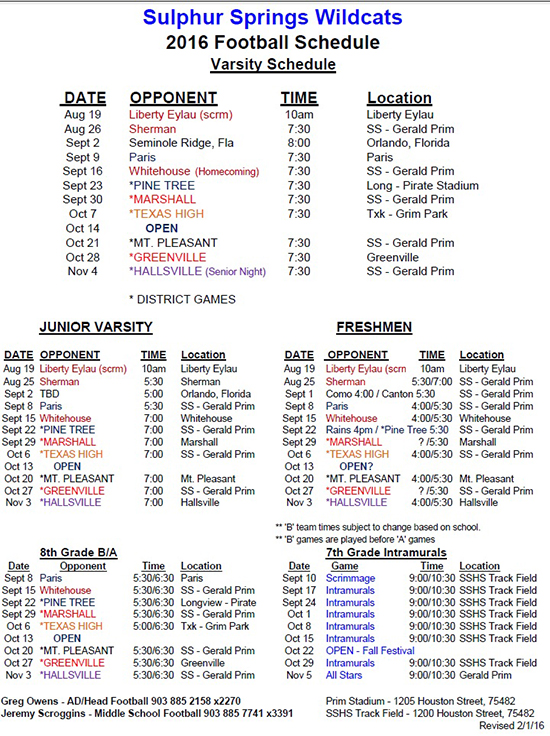