Home » Headlines » Congressman Ratcliffe Leads Group Demanding Investigation of Clinton Foundation
WASHINGTON – Rep. John Ratcliffe (R-Texas) today led a group of 50 Members of Congress in demanding that U.S. Attorney General Loretta Lynch appoint a special counsel to investigate the Clinton Foundation for allegedly using illegal tactics to allow its donors inappropriate access and influence over former Secretary of State Hillary Clinton.
“Seemingly every day the American people learn shocking new details about the operations of the Clinton Foundation. The facts as reported certainly suggest that the Clinton Foundation existed as a slush fund to the State Department where donors received extraordinary levels of access to and influence over then Secretary of State Hillary Clinton. The fact that over half of Secretary Clinton’s meetings with non-government officials were with individuals who donated to the Clinton Foundation simply cannot be coincidence. The potential implications here are enormous, and the country deserves answers.
“When I questioned Attorney General Lynch last month on her decision to not pursue charges against Hillary Clinton for her use of an unauthorized, unsecured email server, she astonishingly refused to rule out future employment in a potential Clinton administration. She additionally refused to comment on recusing herself from any potential investigation into the Clinton Foundation, despite a well-publicized meeting she had just had with former President Bill Clinton on an airport runway. It’s clear that at this juncture, and in light of these facts, a special counsel is necessary to ensure there aren’t two tracts of justice in America.
“I’m grateful for the 50 Members of Congress who have joined me in this effort – elected representatives from all corners of the country, including a number of former prosecutors. The people we represent simply want the truth, and we’re committed to delivering it to them,” Ratcliffe said.
The full text of the letter can be viewed here, or below:
Dear Attorney General Lynch:
We request you take immediate steps to appoint a special counsel, pursuant to 28 C.F.R. § 600.1 to investigate the Clinton Foundation and alleged “pay to play” tactics where donors to the Clinton Foundation were able to obtain inappropriate access to and influence over then Secretary of State Hillary Clinton.
Under Department of Justice regulations, you have the grounds to appoint a special counsel when it is determined “that criminal investigation of a person or matter is warranted” and that the investigation of that person or matter “by a United States Attorney’s Office or litigating Division of the Department of Justice would present a conflict of interest for the Department or other extraordinary circumstances.”
We strongly believe that these criteria are met. Consider:
·         A recent report by the Associated Press indicates that “At least 85 of 154 people from private interests who met or had phone conversations scheduled with Clinton while she led the State Department donated to her family charity or pledged commitments to its international programs.”
·         Combined, it is believed these donors contributed as much as $156 million, with 50 giving at least $100,000 and 20 giving over $1 million.
·         The report goes on to say “the frequency of the overlaps shows the intermingling of access and donations, and fuels perceptions that giving foundation money was a price of admission for face time with Clinton.”
·         Further casting a shadow of doubt over this arrangement is the recent announcement by the Clinton Foundation that it will stop accepting donations from foreign governments if Hillary Clinton is elected President of the United States. This begs the obvious question about why an inappropriately cozy relationship between the Clinton Foundation and its donors with the President of the United States is deemed unethical, but the same relationship between the Secretary of State and candidate for president were not.
All of this makes it very unclear where the State Department ended and where the Clinton Foundation began. Official business of the United States government, the State Department most certainly included, should be conducted in a manner that prioritizes the best interests of the American people, not the special needs of the well-connected donors to a largely unaccountable foundation.
Americans have by and large lost faith in their government and rightfully so. The facts as they have been reported surrounding the Clinton Foundation warrant an investigation that is beyond reproach and beyond any appearance of political favoritism. Appointing a special counsel is a necessary step at this juncture. 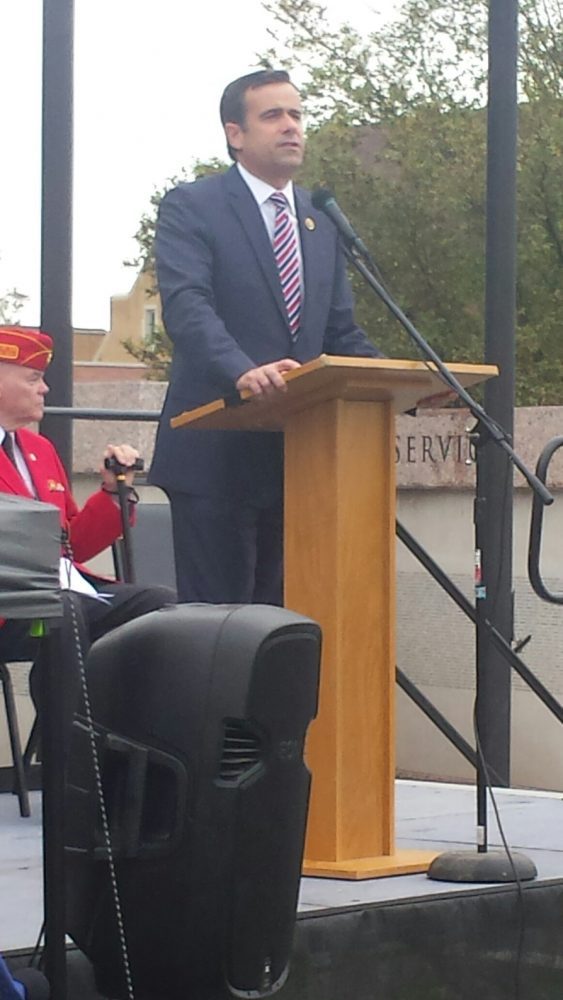