Monday, each Hopkins County Commissioner received an additional $50,000 for road work in their precinct when Commissioners’ Court voted to move $200,000 from two different special road and bridge funds that are held in reserve for emergency needs. The funds were moved to allow commissioners to perform much needed work and order much needed materials prior to October 1, according to County Judge Robert Newsom.

Newsom and Commissioner Precinct 1 Beth Wisenbaker told KSST News that after October 1, it is too late to begin road rebuild project due to cooler weather and other weather conditions that occur in late fall and winter. November 1 is the latest date a road can be repaired properly, they said.

Commissioner Wisenbaker stated that the money was put to use Tuesday morning for her precinct. She stated that she had ordered crude oil that will cost between $45 and $47 per barrel. She said the money will enable her to begin work with the crude oil as a cost saving move. Wisenbaker pointed out a crude oil mix roadway costs approximately $12,500 per mile while a roadway surfaced with overlay costs $50,000 per mile.  The funds will allow her to work on non-FEMA funded roads first due to warm temperatures. The four miles of road that she hopes to rebuild and resurface are projects not covered by FEMA funds. She is hoping that warm temperatures and dry weather will combine to permit the oil mix to successfully be put in place.

She had a roadway prepared for crude oil Monday afternoon but a pop up thunderstorm has delayed that work until it dries. Timing is vital she stated. Timing, both in having funds at the time needed and being able to perform the tasks in good weather, has been rather allusive. She told KSST News that she will work on specific roads based on soil base, traffic accessibility, high drainage in case of pop up storms. It should take about  two to three weeks to complete one mile of roadway if the rain stays away, she said. She said her work would also depend on whether she had hot mix or cold mix available.  She said the hot mix crude oil applied faster and is more consistent.

Judge Newsom said t that each commissioner could use the funds according to their specific need. He said most would use the oil for materials.  The funds moved from the two reserve funds will be paid back as tax payers pay their taxes each year. Newsom stated that the reserves continue to have enough funds to cover emergencies that could occur. “If we had waited until October 1 for the new budget, we would have had to order materials to move forward then and that would have been too late,“ Newsom stated. He said each commissioner hopes to have their work completed before winter. 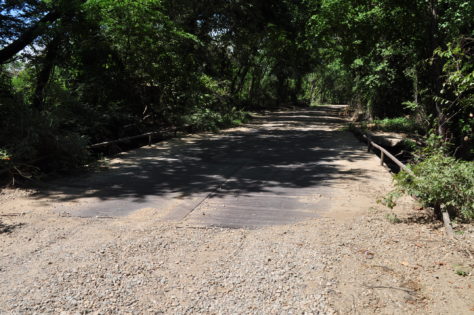