Cattle and horses on roadways create concerns for Hopkins County citizens as well as those driving through the county on one of the three state highways that crisscross the county. With almost everyone having a cell phone with them at all times, drivers have a much easier time reporting animals in or near the roadway as they journey. Communications officers at the Hopkins County Sheriff’s Office field at least 10 calls per day regarding the hoof-on-highway problem. Often the multiple calls are drivers reporting the same maverick-spirited animal.

From the various calls, officers are able to ascertain through an increasing variety of information the responsible party for the animal or animals. A deputy is then dispatched to the area where the animals are not confined away from the roadway. At the same time, dispatch begins to call those who are identified in the area as responsible parties for or owners of bovine and equine. It often takes more than one call to determine the responsible party.

Communications officers told KSST News that specific areas of the county are more apt to have animals on roadways. State Highway 19 North and South, State Highway154 South, and State Highway 11 East and West, the three main state highways through the county, are the primary areas. With a lot of rain, specifically around Highway 11 West near the double bridges, cattle are more likely to stray from their home turf. At other times, the grass always seems greener on the other side and cattle press against fences until they are freed from their confinement to leisurely graze the side of the road. Sheep and goats are less likely to be found in the roadway locally.

Farm to Market roads and county roads are not immune from the roving hooves. However, accidents with the roving animals happen more often on the state highways due to higher speeds and less expectation of animals crossing the road. 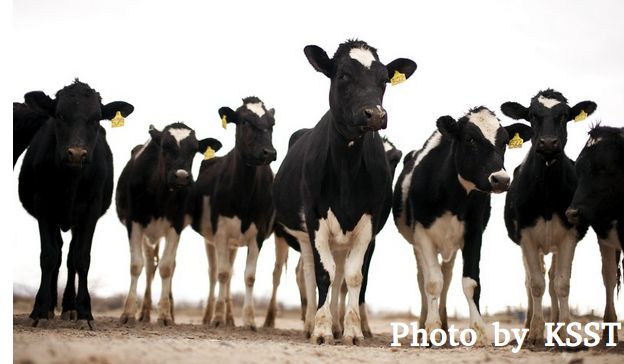