A Hopkins County Grand Jury handed down 58 indictments, 14 of which were sealed, on Monday August 22, 2016. Among those indictments released were five injury to a child/elderly/disabled indictments, one possession of child pornography, several burglaries, a number of drug charges, and others.

Christopher Charles Reichle and his wife Jessica Lynn Reichle were individually indicted for injury to a child. Christopher Charles and Jessica Lynn Reichle of Emory were arrested at the Hopkins County Courthouse in July on a warrant for Injury to a Child. Christopher, 30, and Jessica, 29, exposed their child to methamphetamine and the child tested positive for the substance in a Child Protective Services and Sulphur Springs Police Department Special Crimes Unit investigation. 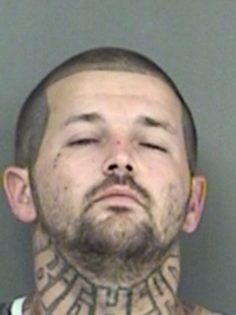 Cody Blaine Gregg, 28, of Como, was indicted for injury to a child with intent of bodily harm after a one (1) year old child in his custody tested positive for methamphetamine on June 28. After a lengthy investigation by CPS, the case was forwarded to SCU. A felony warrant was issued for Gregg and for the mother of the child who had checked herself into a drug rehabilitation program in Dallas.

Richard Lee Stewart was indicted for possession of child pornography.

Desiree Krystal Brown, 23, was indicted for injury to a child.  Brown was arrested Tuesday, June 14, 2016 on a warrant at the Child Protective Services office in Sulphur Springs. Special Crimes Investigators assisted CPS with an investigation involving a one year old child that tested positive for high levels of methamphetamine. She was charged with Abandonment/Endangerment of a Child Criminal Negligence. Sgt. Mark Estes with the Special Crimes Unit said CPS had received information regarding drug use in a trailer park in Como shortly after the 1st of June. Their investigation led to discovering drug use by the child’s parents.

Eric Dale Bailey was indicted for Sex Offenders Duty to Register. Baily is a registered sex offender and has been charged with forgery, drug possession, and possession of a fire arm by a felon in the past.

Catherine Marie Morlock was indicted for injury to a child/elderly/disabled. Hopkins County Sheriff’s Deputies responded to a call on County Road 4778 where they found a 72-year old female the victim of an assault. The elderly individual said she had been screamed and yelled at, shoved into the wall, and pressed against the wall with the assailants arm against her upper body. The victim had punched Catherine Marie Morlock, 28, her assailant, in the face to escape the wall. As officers attempted to calm the situation the assailant continued to display anger and hostility toward the elderly lady. is in Hopkins County Jail being held on a $10,000 bond. She is charged with Injury Child/Elderly/Disabled with intent Bodily Injury, a Felony 3.

Jeffery Scott Trieb was indicted for Aggravated Assault with a Deadly Weapon.

Ben Zachary Attaway was indicted for Forgery of a Financial Instrument. 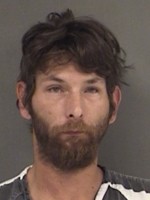 Wesley James Chester, 34, was indicted for Burglary of a Habitation with Intent to Assault. Forced entry into a residence on Houston Street resulted in an assault and the arrest of Chester. Chester of Sulphur Springs assaulted a male and female in the Houston Street resident. He shoved the female toward the front door and placed her in a choke hold causing restriction of breathing. He then struck a male in the head and placed him in a choke hold causing restricted breathing. Law enforcement observed visible injuries to both victims. Chester. Chester was charged with burglary of a habitation with intent to assault, was belligerent with officers and jailers when booked into Hopkins County jail

James Christopher Castleberry was indicted for Burglary of a Building.

Jessie Castro was indicted for Burglary of Habitation.

Michael Arlie Freeman was indicted for Burglary of a Habitation.

Jerry Dale Sanderson was indicted for Burglary of a Habitation.

Travis Lamere Duffy was indicted for Tamper/Fabricate Physical Evidence with Intent to Impair. In the wrong place at the wrong time June 27, 2016, Duffy, 32, caught the attention of law enforcement Monday evening in the 800 block of Alabama Street in Sulphur Springs. The officer considered Duffy Duffy was acting in a suspicious manner. He was walking and refused to stop when ordered to do so by the officer. When he was detained, he was unable to talk due to a substance in his mouth. The officer observed that he was attempting to swallow and when Duffy opened his mount, pieces of marijuana were all over his tongue. He did admit to ingesting marijuana at the scene.

Lecheka Ratishia M Galloway was indicted for Theft of Property under $2,500 two or more times.

Jacob Randall Lively was indicted for Theft of Property under $2500 two or more times. Law enforcement officers meet with Walmart security Tuesday, July 5th after being called to make an arrest. Jacob Randall Lively, 33, was arrested for theft under $2500 two or more previous convictions. He had been arrested for theft of property in November, 2015 and in May of this year as well.

Corie Dewayne Jackson-Grant was indicted for Unauthorized Use of a Motor Vehicle.

Jacky Lynndon Kinnaird was indicted for Credit Card or Debit Card Fraudulent Use.

Indicted individually for Driving While Intoxicated were Weldon David Jordan and Jerrell Donald Oliver Pic). Oliver was also indicted for Manufacture Delivery of a Controlled Substance, Penalty Group 1, over 1-gram and less than 4-grams.

Shatobia Keoshia Clayton was indicted for Possession of a Controlled Substance Penalty Group 1 over 4p-grams and less than 200-grams in a Drug Free Zone.

Stephanie Sue Garrison was indicted for Possession of a Controlled Substance Penalty Group 3 less than 28-grams in a Drug Free Zone.

Tony Lavelle Jefferson was indicted for Possession of a Controlled Substance Penalty Group 1 over 4-grams and under 200-grams in a Drug Free Zone.

John Ocie Peck was indicted for Possession of a Controlled Substance Penalty Group 1 under 1-gram in a Drug Free Zone.

Terry Kyle Tate was indicted for Possession of a Controlled Substance Penalty Group 1 under 1-gram with DEAD.

Adam Joshua Hodges was indicted for Possession of a Controlled Substance Penalty Group 1 under 1-gram in a Drug Free Zone.