Recently the warm weather and sporadic rains have trigger the outbreaks of several insects including with reports of armyworms in east and west portions of the county. According to Sansone, Minzemayer and Merchant Extension Entomologists, Texas AgriLife – Extension, armyworm outbreaks are difficult to predict but infestations seem to occur in portions of the state every year especially after early fall rains. Common species of armyworms present in Texas include: the fall armyworm, Spodoptera frugiperda; the yellowstriped armyworm,Spodoptera ornithogalli; the beet armyworm, Spodoptera exigua; and the true armyworm, Mythimna (=Pseudaletia) unipuncta. The fall armyworm is the insect that causes the most problems in golf courses and home landscapes. The fall armyworm has four life stages: egg, larva, pupa and adult. The fall armyworm has not shown the ability to diapause so its ability to survive winter depends on the severity of the temperature. The fall armyworm does overwinter in the southern regions of Texas in the pupal stage. The adult is a moth that migrates northward as temperatures increase in the spring. Armyworm eggs and larvae are also sometimes transported from one part of the state to another on grass sod intended for residential and commercial turf. The adult fall armyworm moth has a wingspan of about 1.5 in. The hind wings are white; the front wings are dark gray, mottled with lighter and darker splotched.

On male moths each forewing has a noticeable whitish spot near the extreme tip. Eggs are very small, white laid in clusters of 50 or more and are covered with grayish, fuzzy scales from the body of the female moth. The eggs are seldom seen and are laid at the base of appropriate host plants.Larvae hatch from the eggs and when full-crown larvae are green, brown, or black and about 1 to 1.5 in. long when full grown. The larva has a dark head capsule usually marked with a pale, but distinct, inverted “Y.” Along each side of its body is a longitudinal, black stripe, and along the middle of its back is a wider, yellowish-gray stripe with four black dots on each segment. The larvae have five stages or instars and usually hide in debris on the soil surface in the middle of the day. When full grown, larvae will enter the soil and form the pupal stage. Adult moths emerge from pupae.

Moths mate and lay eggs, thus starting the life cycle over again. Lush plant growth is preferred by the adults for egg laying. Several generations (A generation is the development from egg to adult stage.) occur each year and typically the life cycle from egg to adult takes 28 days. The life cycle can be extended if cooler temperatures occur and can last up to several months. Armyworms in the spring and summer occur in more distinct groups than later in the season. Fall populations of larvae often blend together several generations and may appear to be continually occurring. When feeding, larvae strip foliage and then move to the next available food. High populations appear to march side by side to the new food. Thus, the name armyworms has been applied.Armyworms attack many different kinds of plants. When food is scarce, they will move to plants that are not normally attacked. Thus, armyworms can be found on nearly any plant as they migrate in search of edible foliage.Besides warm-season turfgrasses, plants attacked by armyworms include grain and forage sorghum, corn, small grains, sweet potato, beans, turnip, clover, tobacco, spinach, cucumber, potatoes, tomatoes, cowpeas, cabbage, bluegrass and others.Damage consists of foliage consumption. The small larvae will chew the green layer from the leaves and leave a clearing or “window pane” effect. The first three instars do very little feeding while the last two instars consume 85% of the total foliage consumed. Although armyworms outbreaks are memorable when they occur, in reality, the outbreaks are usually small in scope.

Weather and multiple natural enemies usually act together to keep populations under control. Parasites such as wasps and flies are very effective against armyworms. Predators, such as ground beetles, are also effective in limiting outbreaks. Birds, skunks and rodents also consume large numbers of larvae and pupae. Diseases such as insect viruses and fungi can also be important. Sometimes weather conditions occur that favor armyworms. High egg survival of fall armyworms is favored by above-average rains in August and September. Because armyworm moths are strong fliers, outbreaks can also occur when storms move the moths and allow them to escape natural enemies. Armyworms should be controlled when they occur in large numbers or plant damage is becoming excessive. Armyworms should be controlled when they occur in large numbers or plant damage is becoming excessive. This will be apparent in turfgrass by examining the grass blades. Damaged areas of lawns appear off-color and eventually turn brown as damage progresses from small windowpane strips of damaged leaf tissue to destruction of entire leaves. Armyworms feed any time of the day or night, but are most active early in the morning or late in the evening. Treat with a labeled insecticide when leaf damage becomes evident and large numbers of caterpillars are visible. Effective, low-impact insecticides include halofenozide (small caterpillars only) and spinosad. Bacillus thuringiensis (Bt) products are widely available and will selectively control small armyworm larvae without harm to beneficial insects; however, Bt residues does not last on turf for more than 1-2 days. Conventional insecticide choices for armyworms in lawns include bifenthrin, carbaryl, esfenvalerate, permethrin and others.

For more information about armyworms in agriculture, refer to Extension fact sheet B-1220, Managing Insect and Mite Pests of Texas Sorghum; B-1251, Managing Insect and Mite Pests of Small Grains; B-1401, Integrated Pest Management Guide for Texas Forage Crops. These publications, and help with additional questions about armyworms or other pest problems, can be obtained by contacting the Hopkins County Extension Office at 903-885-3443 or email me at [email protected]. 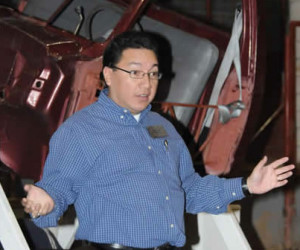