We continued our trip by traveling to Canberra, Australia’s Capital, and also where my aunt works. While we were there we saw the Anzac War Memorial. This combined memorial/museum was huge, and extremely informative. We went on the tour and kept thinking “Wow! How can there be more to see here?” But there was! We spent half the day there and still didn’t cover it all.  The museum is probably one of the best WWI and WWII museums we’ve seen. It not only explained how Australians were involved in the wars but also continued up to present day. They honored soldiers from all different countries from all different wars. 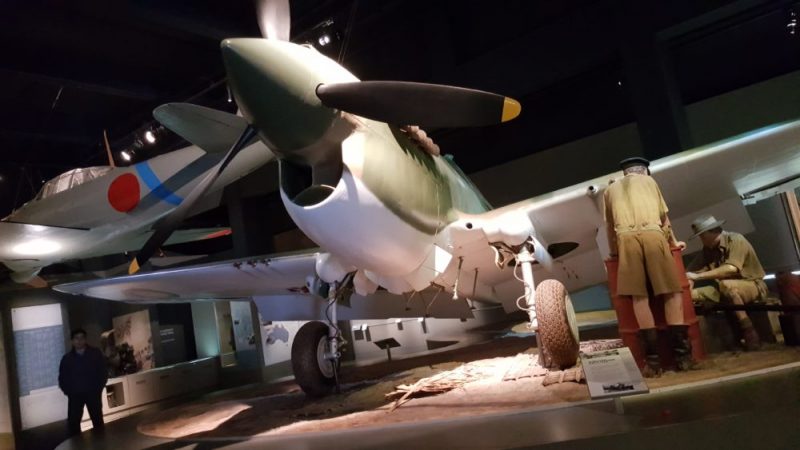 They had airplanes that had been used, and a Japanese submarine that was pieced together after being hit with a depth charge in Sydney Harbour. A documentary showing the war through the eyes of soldiers that was created by Peter Jackson and played every 30 minutes. It was fascinating to watch the progression of the war as the soldiers grew older. As it showed the soldiers’ faces, it was obvious from their smiles and joking mannerisms that they were young, but as the war progressed, they grew somber and more serious with their eyes showing wisdom beyond their years. I would definitely recommend going here. There was even a “discovery zone” where you could dress up, use a lamp to see what frostbite would look like on your hand, and much more. They had something for everyone. They had something for everyone to enjoy. My favorite thing was that they sold fake red poppies. 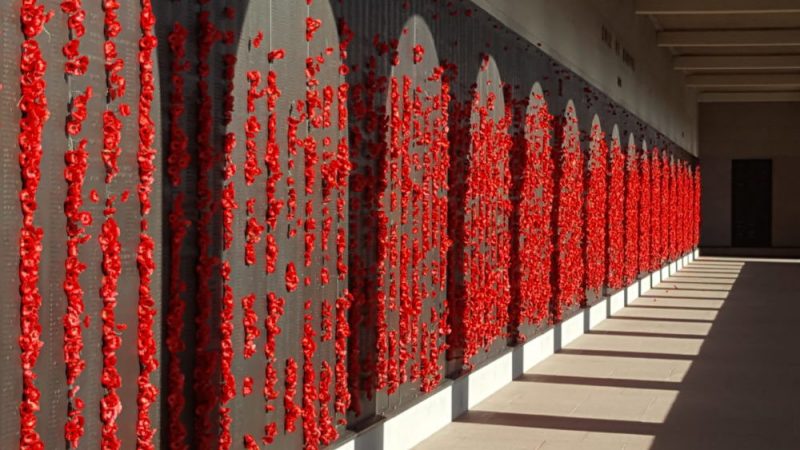 Poppies are a remembrance flower and people would purchase them and could either keep them or place them somewhere around the museum, helping to remember those who lost their lives. It was extremely powerful to see theses fields of poppies and then realize they are on a memorial with names of servicemen and servicewomen.

From Canberra we took a 2 hour flight to Brisbane, which is the southern part of Queensland. It was (thankfully) a lot warmer. (A lot meaning it was in the 70’s compared to the 40’s). 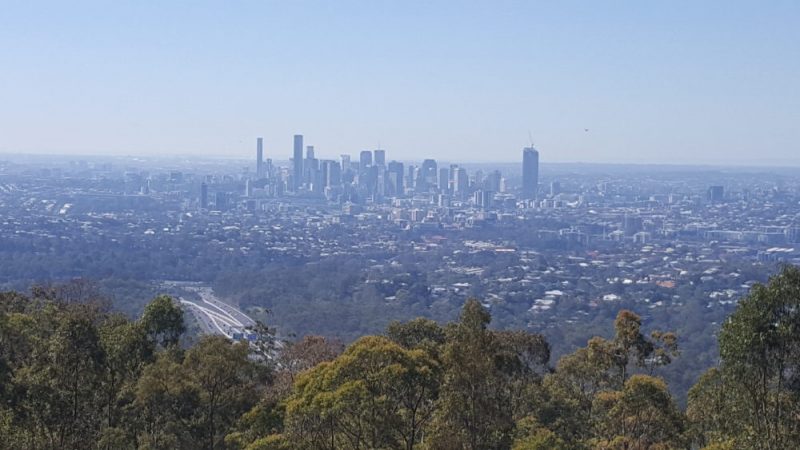 Brisbane is different from Sydney in many ways. It has less people, and is more spread out. It would be similar to comparing Dallas to Fort Worth.

On one excursion, we drove four hours to a city called Bundaberg to catch a Great Barrier Reef Tour.  It was amazing! We visited Lady Musgrave Island which is the second farthest Southern island in the Great Barrier Reef. 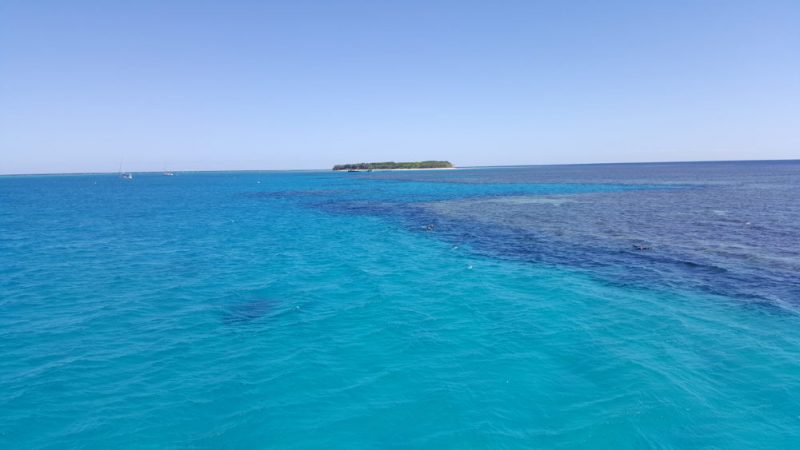 Named after Governor Musgrave’s wife, the island houses over 7 types of coral. There are two different types of sea turtles that live in the lagoon, Green and Loggerhead and we were fortunate to see both. Lady Musgrave Island houses 70% of the world’s Pisonia tree population. In the summer they produce sticky seed clusters. These clusters stick to the birds on the island, and eventually, when the bird can no longer un-stick them and cannot fly, they fall to the island floor and die. The white capped Noddy Terns are the most common birds on the island. The Noddy Terns are most famous for their nests which at first glance look thrown together. 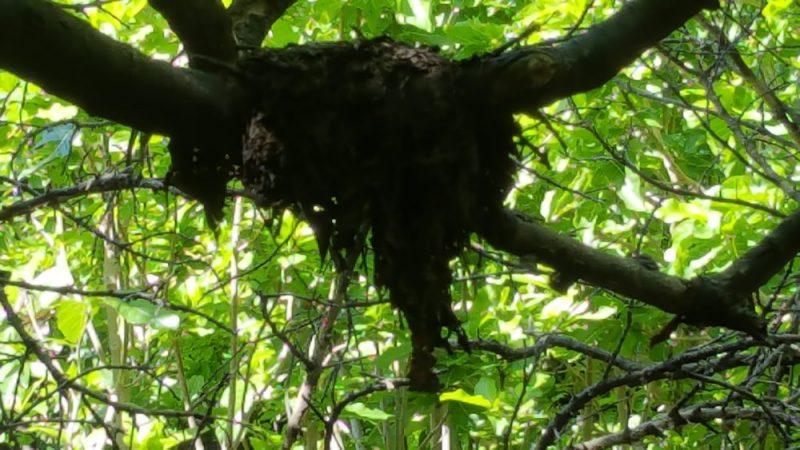 But the nests are actually created with a lot of attention and love. The male Noddy Tern will get a leaf for the female, who either accepts it or rejects it. It is estimated that she picks 1 out of every 10 leafs brought to her, and it takes 100 leafs to build the nest, so that is about 1,000 leafs picked up by the male Noddy Tern. Talk about dedication! 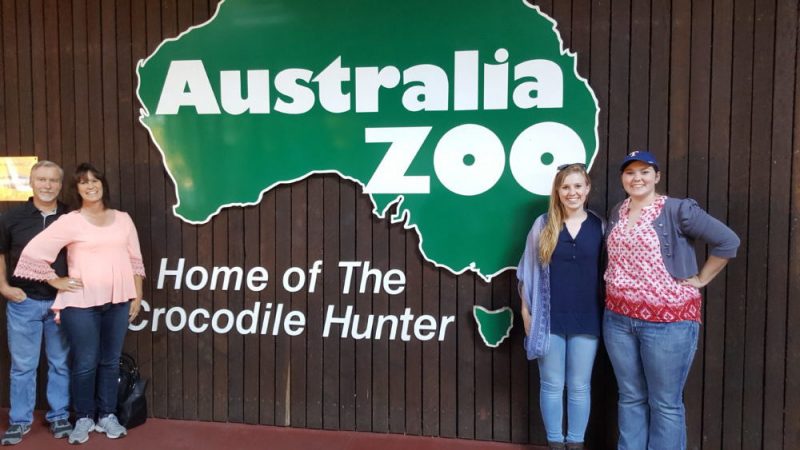 Originally, I thought this zoo would be like every other zoo, and assumed it would be extremely “touristy”. But it wasn’t. It was obvious the zookeepers cared about the animals’ welfare and happiness. Every single zookeeper we interacted was knowledgeable and wanted to share information about each animal. They had a Kangaroo enclosure where you could feed and pet the Kangaroos 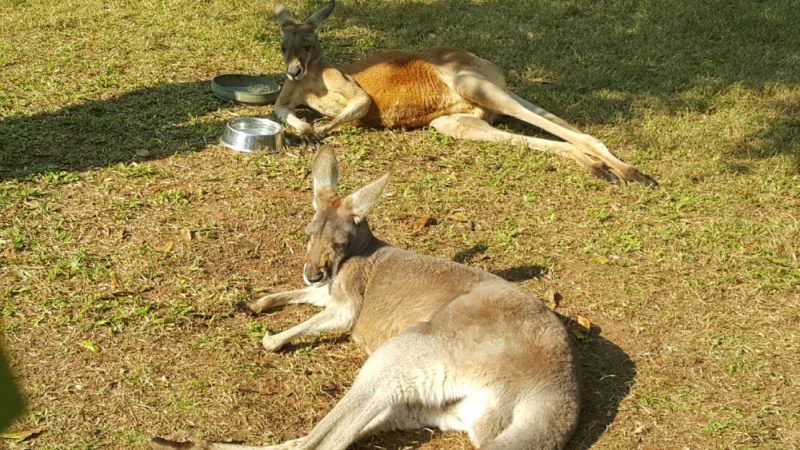 -and an outdoor area where the koalas were napping. The Dingoes were extremely happy and playful. There were three of them that chased each other around their enclosure-through their man made river, and up on the rocks. The otters were also very playful. They had 2 older otters, but you would never guess they were older from the way they sped through the water playing with their toys. I thought it was funny that the otter named Rosie was mischievous and liked to cause trouble while the other one, Mayhem was extremely sweet-natured and calm.  The Crocodiles were huge-I was surprised that the Keepers were in the cages with food as they talked about them. They gave tips on what to do if you find yourself around Crocodiles.  First, stay at least 4-5ft back from the water, and make sure you have a buddy. The Australia Zoo was very large. They have big enclosures for each animal. They have many different species, including indigenous animals, and plants, as well as animals that you would normally see at a zoo, like tigers and giraffes. 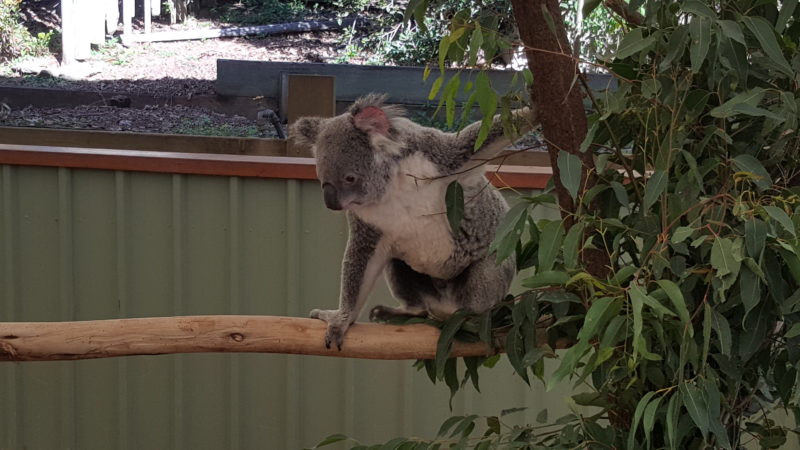 Instead of the usual stereotypical zoo, this was more of a “Retirement Home” for most of the animals. They had a bunch of koalas 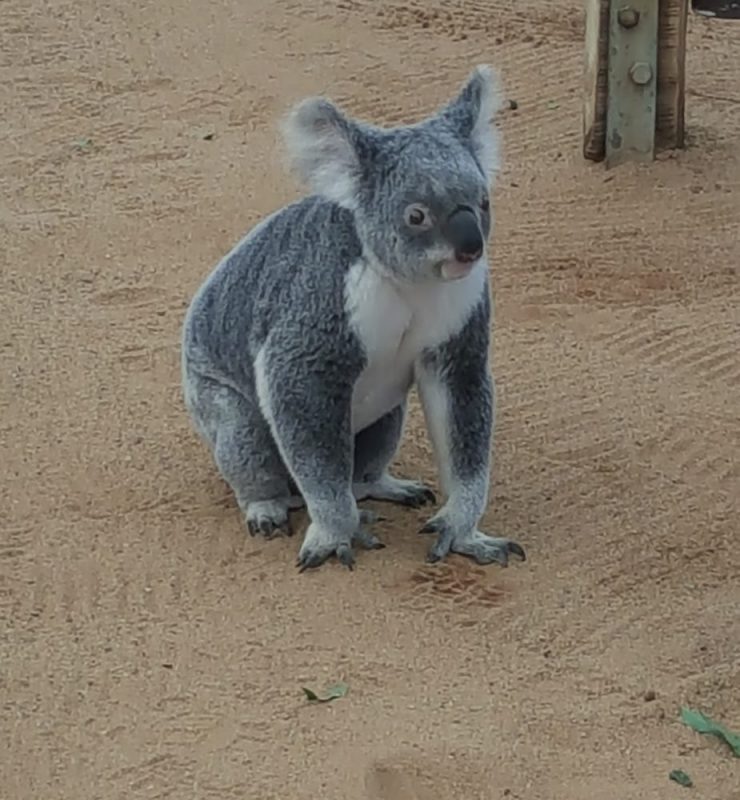 -both old and young, but also other animals like Dingoes and Tasmanian Devils. Something interesting I learned about Tasmanian Devils was that they are scavengers (meaning they eat dead animals) and their jaws are so strong they can eat bone. So when they eat an animal, they eat literally everything. Absolutely nothing goes to waste. Pretty crazy right? They also had two platypuses. 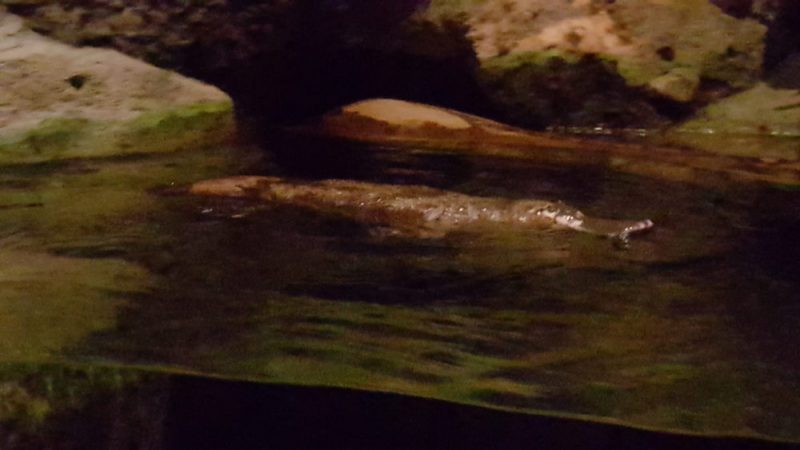 I was really excited about seeing the platypuses because I wasn’t originally expecting to see them on the trip. The Australia Zoo didn’t even have them! The zookeeper said that contrary to popular belief, the platypus is not endangered. However, platypuses like to live in deep streams away from people so they aren’t spotted that often. The sanctuary also had sheepdog and sheep shearing shows which were very entertaining. We all enjoyed watching the dogs round up the sheep in the pasture, and it was amazing how the farmer kept most of the wool intact when he sheared the sheep!

If you though the Anzac Museum, Great Barrier Reef and Zoos were awesome, but stay tuned for  part 4 about more amazing things in Brisbane and an inside look at what Australian Rule Football is all about.

If you missed the first two articles click here for part 1 or part 2.