When I graduated high school this past June, my parents decided that my graduation gift would be the memories and learning experience of planning a senior trip to a destination of my choice. After a lot of debate between Europe and Australia, I finally decided on Australia. I’ve always wondered what Australia is really like, and one of my mother’s sisters lives in Goulburn, a city about two hours out from Sydney. I began planning my trip-trying to find things that locals did as well as some of the more “touristy” things. The time for our trip came before we knew it, and we were on a 15-hour plane ride straight to Sydney. Here are some highlights and places I really enjoyed. 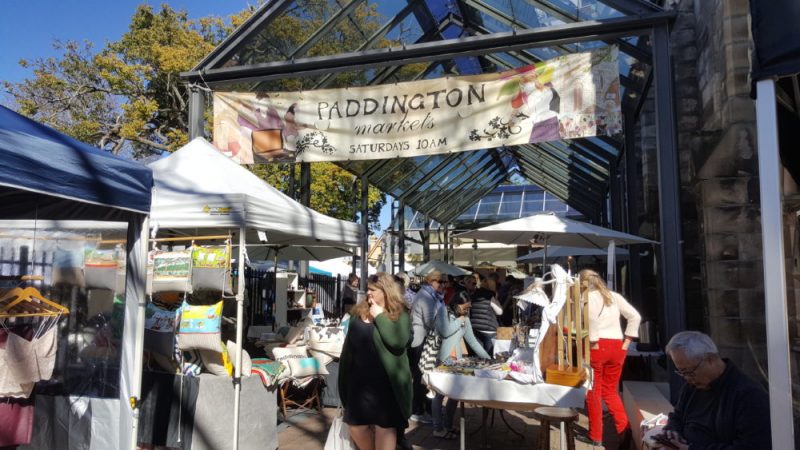 Paddington Markets-This weekly market was definitely worth the time. There was over 30 booths with items ranging from food and drinks to clothes and accessories. They had pillows and stationary, as well as flowers and fresh fruit. 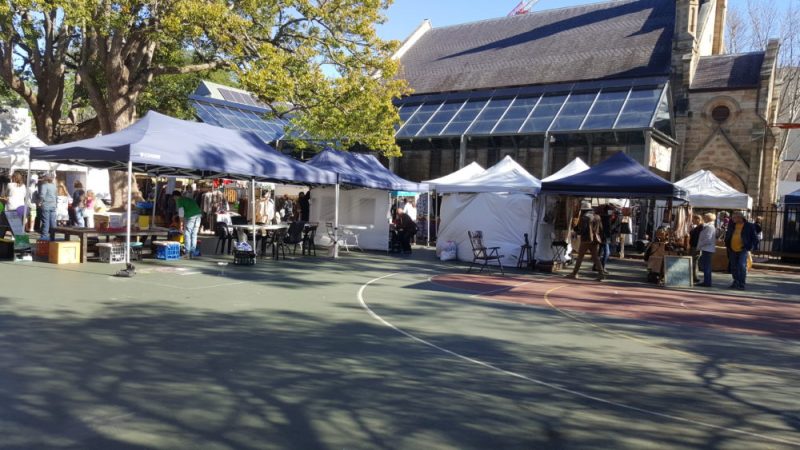 The items sold are usually more moderately priced compared to some of the bigger shopping malls.

Even if you don’t purchase anything it is interesting to see mostly locals shopping around the tents. Most of the vendors are local business or Australians who live in the area.  One lady in particular made jewelry from stamps! She explained that each piece has history behind it-depending on the time period and the place. Each stamp is unique. It was fascinating to watch as she knew each piece, telling us when it was made and the history of each one, matching part of the description next to it. 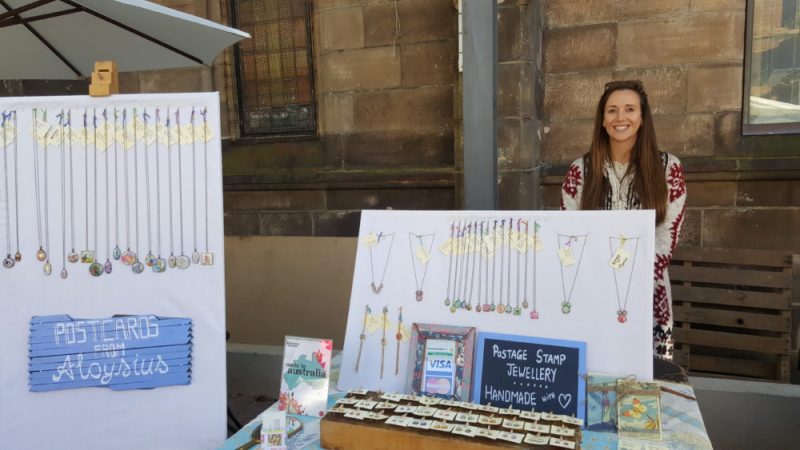 The Rocks-This district is right around Sydney harbor, and includes lots of art and delicious food. There are a bunch of stores containing clothes and souvenirs. They often had street fairs up selling coffee and snacks lining the streets. There is also a lot of history hidden around the Rocks. Aboriginals used to live there, until Captain Cook came and founded the colony. The Rocks also contained many opal stores. Australia is famous for mining opals, and there is even a museum in Sydney that has such an extensive amount of information that the Australian Government borrows from them. The owner has been collecting opals for over 50 years. 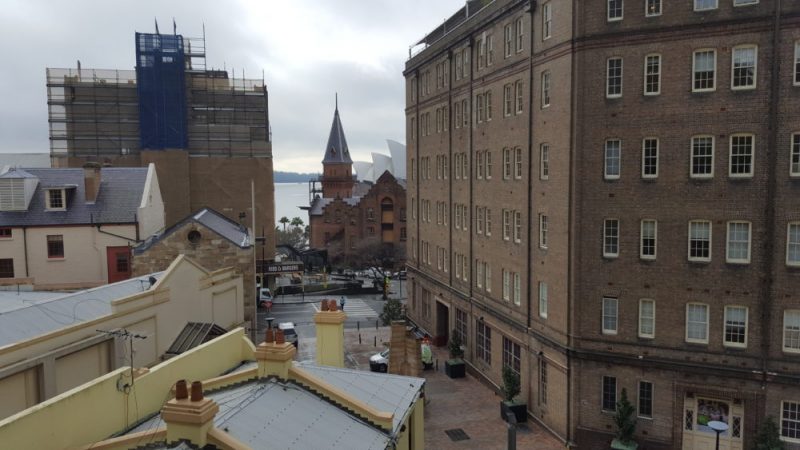 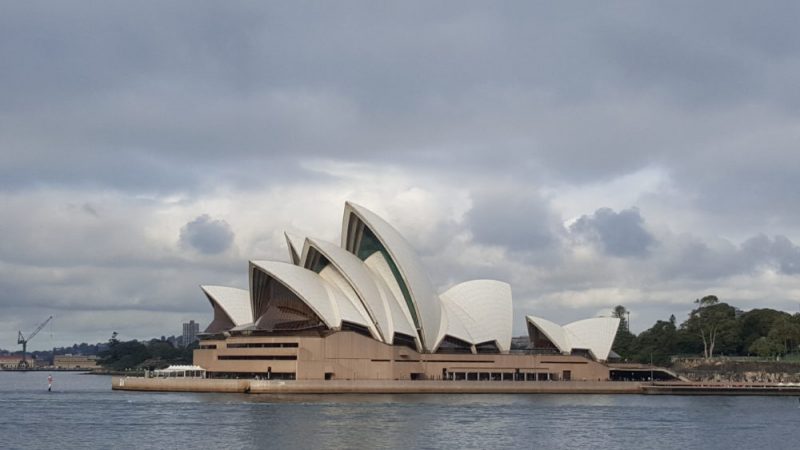 Sydney Opera House- This was different than you’d expect. The outside is beautiful. The inside houses two stages, one for Theatre and the other is for music concerts. We saw Carmen, a play about a gypsy girl who falls in love with a soldier and a bull fighter. It’s similar to Shakespeare’s Romeo and Juliet. Personally, I think they could have done better. The director had taken a more modern take on the classic play. The plot line, and portrayal made you dislike both main characters, Carmen and Don Jose. Escamilio, the bull fighter did a fairly good job. However the supporting actress, who played Micaëla was phenomenal. She really nailed her solo song. But despite my dislike of the play it was still enjoyable to attend an opera at the Sydney Opera House. 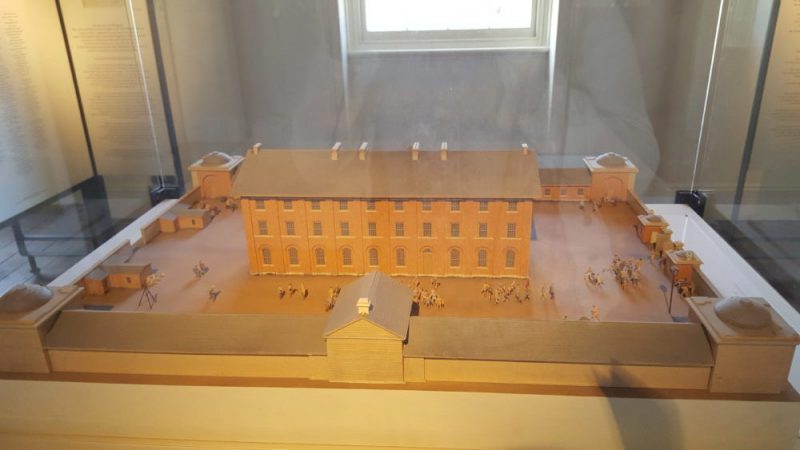 Hyde Park Barracks- This museum was extremely informative about Sydney through time. 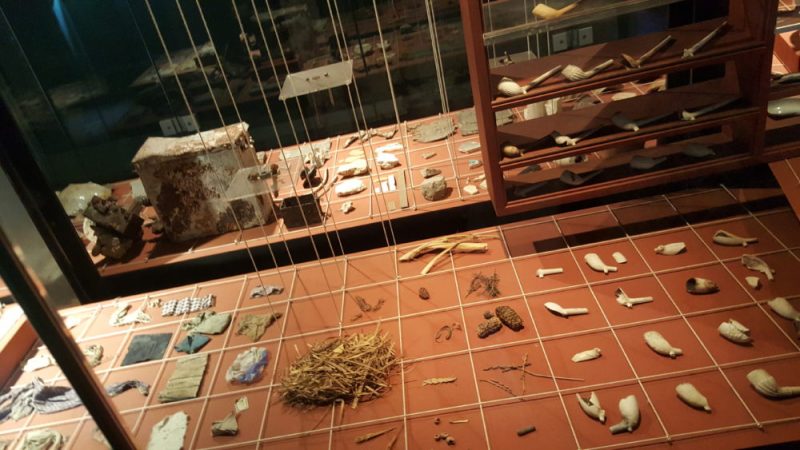 You start out learning about the convicts and settlers of Sydney slowly making your way to present day. The museum has even had some of the walls ripped apart to show the different painting and wall papering on the building throughout the years. The barracks began as a prison, turned into a halfway house for immigrants then became a museum and archaeological site. 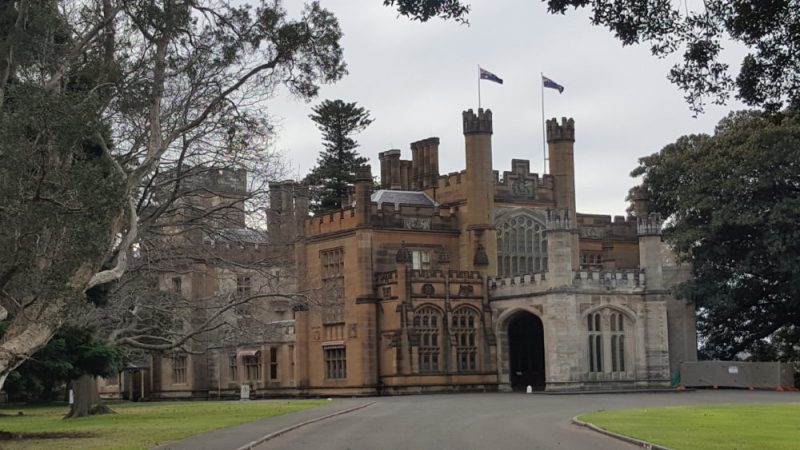 Gardens- Both were gorgeous even in the winter. There were lots of native birds: like Cockatoos and Ibis that inhabit the area. There is a rock carving at the top that looks out over the Harbor-called Mrs. Macquarie’s Chair. 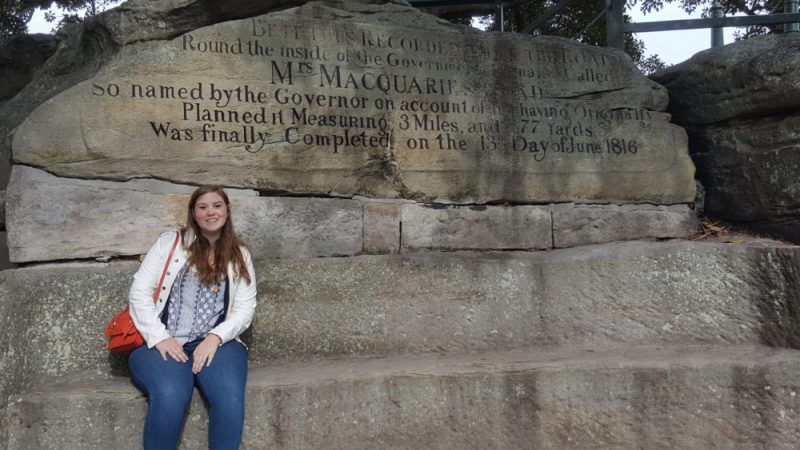 The story goes that Governor Macquarie’s wife liked to sit on the top of the hill and watch the ships sailing into the harbor. Apparently she visited so much the Governor had a chair carved out of the rocks, so she would have a place to sit. 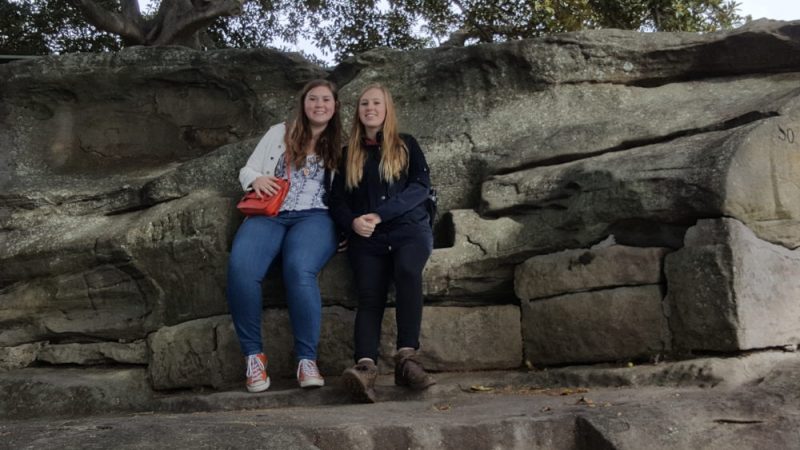 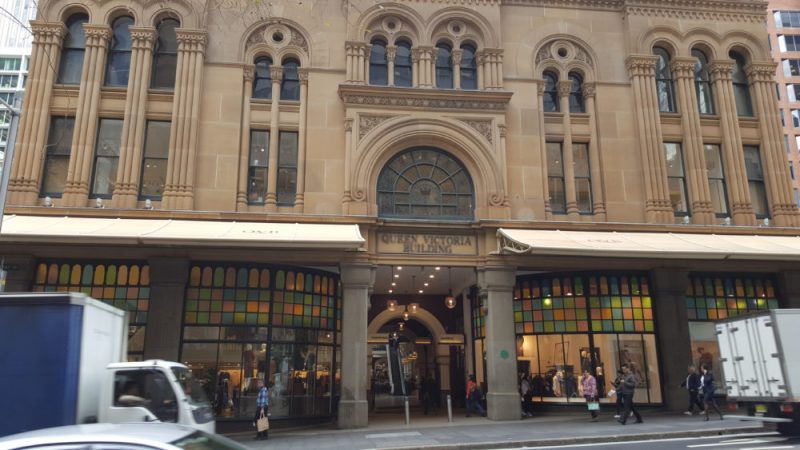 The Queen Victoria Building-This a must see simply because of the history. The building used to be a train station, but has since been transformed into a shopping center with restaurants, clothing stores, Jewelry, and eclectic shops-there was an aboriginal art store, and another that sold mini-soldier models and dioramas. The Stain-glass windows were beautiful as well! 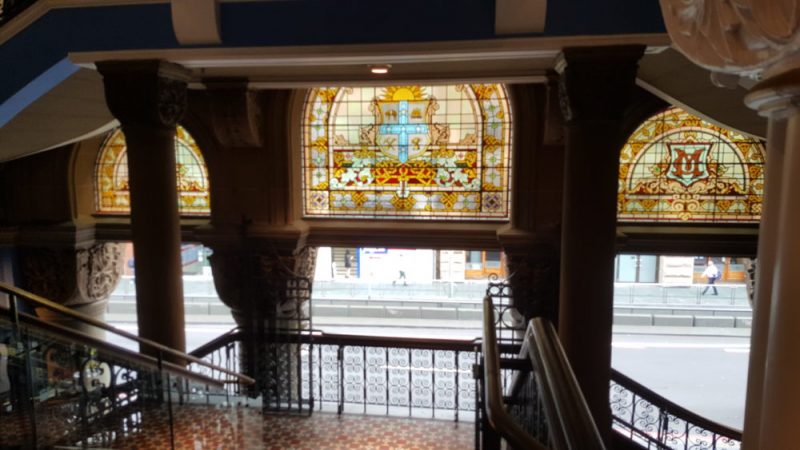 If you are planning on taking a trip to Australia, definitely check out Sydney. But here’s a tip **look up the weather before you go! We went to Australia during America’s summer, but that is Australia’s winter, so it was pretty chilly some days as we were in Sydney and Southern New South Wales. Stay tuned for Part 3 where I talk about places to go in Brisbane and Canberra!