Local Church Gets Creative In Wake of Pokemon Go Craze 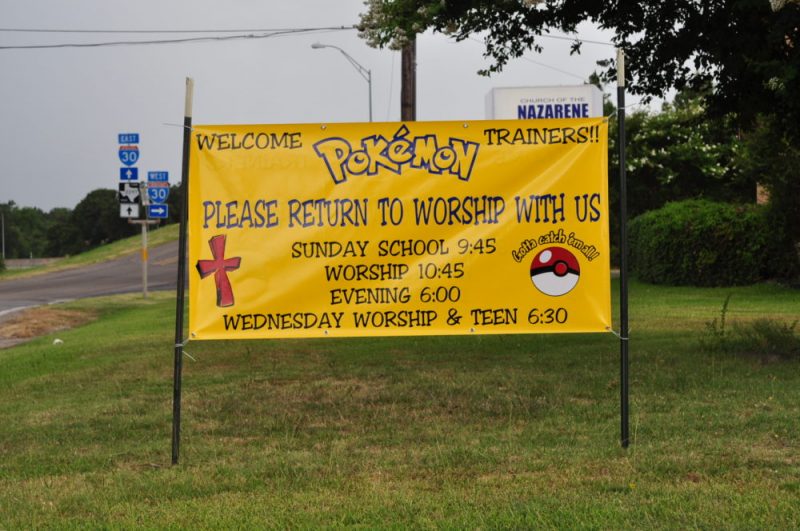 Pokemon Go hit the app stores in the last week and sparked a new craze among all age groups. Players, or Pokemon Trainers, travel around to pokestop locations that are predetermined by Nintendo through GPS location on their cellphones. At a pokestop location, Trainers find and capture virtual Pokemon. In earlier years Niantic developed Ingress, a virtual reality game where a mass amount of players take part in an augmented reality. Ingress is a global game of intrigue and mystery. All “Pokestops” were originally Ingress Portals, and Nintendo has stated they will not add any additional Pokestops to the game.

Many dangers, such as robberies, have presented themselves but the postitive outcomes seemingly outweigh the negative. Families and friends play these games together while they’re active and interacting with people who they wouldn’t normally encounter.  The local Church of the Nazarene observed several new visitors who came to find new Pokemon in the church parking lot and soon discovered they were a Pokestop location. Originally, the church changed their welcome sign with the message, “Welcome Pokemon Go,” and soon had a sign made with a Poke Ball and the church service times. The church hopes that several of the Trainers that stop by will stay for service. The church is also looking into purchasing “lures” for the Pokemon Go app.