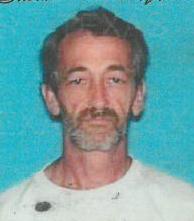 Johnny Carl Johnson, age 54, of Point, passed away Tuesday, July 12, 2016 at his residence. Johnny was born in Ft. Worth, July 22, 1961, to Ernest Edwin and Eunice Mae Stockton Johnson. During his working career, he worked in construction as a fence builder.

Survivors include:
Mother:  Eunice Mae Johnson of Point;
Brothers:  Ernest Edwin Johnson, Jr. of Dallas; and,
David Johnson of Point;
Sister:  Louise Johnson of Mobil, AL;
Numerous other loving family and friends
Preceded in death by his father in 1993.
There is no service planned at this time. Cremation arrangements are under the direction of Wilson-Orwosky Funeral Home in Emory.